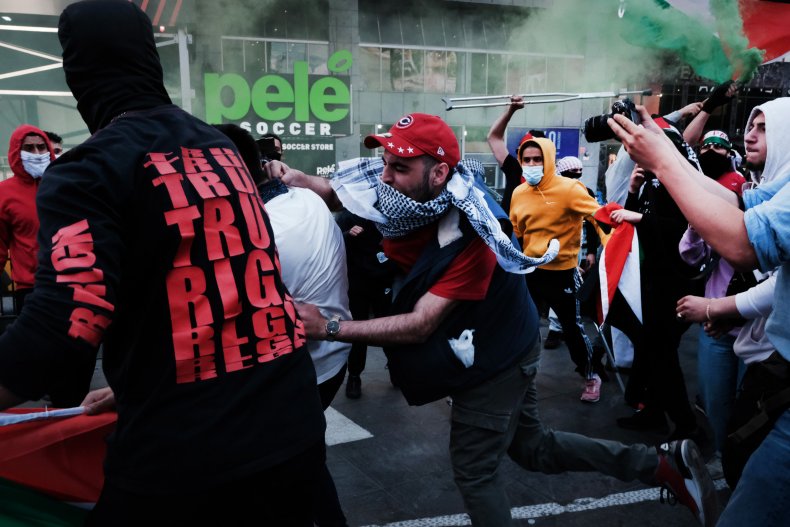 On Wednesday, the NYPD announced the arrest of 24-year-old Mohammad Othman who was wanted in connection with a string of anti-Semitic incidents in late May in which the perpetrator also tossed an incendiary device that injured a woman in Midtown Manhattan.

Coincidentally, the arrest, made by the Hate Crimes Unit of the NYPD, came just a day after the department released its latest crime statistics that show anti-Semitic attacks on the rise in the city, up some 60 percent over 2020 with more than 110 incidents to date.

According to the announcement of the arrest, Mohammed Othman, 24, of Staten Island, N.Y., was seen on video tossing the device from the back of a pickup truck on May 20 as it drove through the “Diamond District” on 47th Street, where many Jews work, particularly Orthodox Jews.

The 55-year-old woman who was walking by at the time was burned in the attack. This incident came amidst a heightened rate of antisemitic assaults across the globe, in reaction to the ongoing Israel-Palestine conflict that lasted for 14-days.

Othman is being charged with three separate anti-Semitic hate-crime assaults, all of which occurred on the same day.