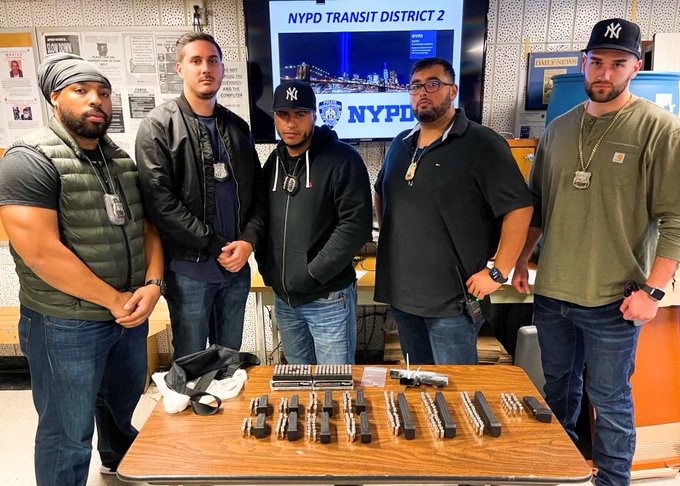 NYPD arrest man with 300 rounds of ammunition at Subway Station

NYPD personnel arrested a 27-year-old for carrying a firearm and more than 300 rounds of ammunition at a Lower Manhattan subway station early Thursday.

The NYPD identified the suspect as 27-year-old Karon Agurs of Manhattan’s Bowery neighborhood who was arrested around 2:45 a.m. on the platform of the Brooklyn Bridge–City Hall/Chambers Street subway station with a fanny pack around
his shoulder.

Taken from the suspect were a loaded gun, 12 magazines, and over 300 rounds of ammunition.

A deeper investigation of the incident is now being conducted by the NYPD.