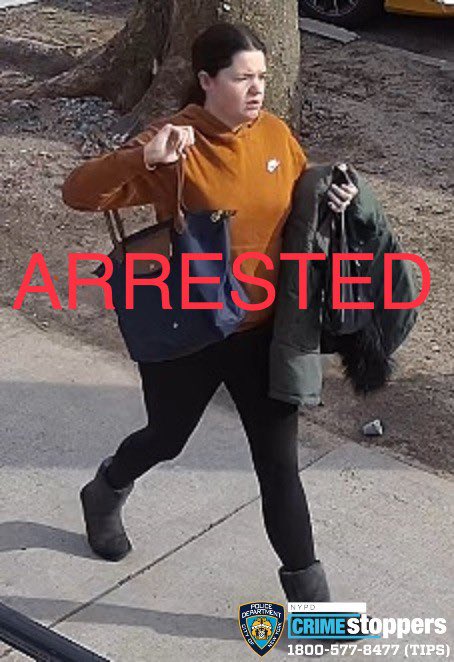 NYPD arrest woman who spat at a Jewish kid, 8 and said ‘Hitler should have killed you all’

The NYPD Hate Crimes Taskforce arrested on Thursday a woman who spit at an 8-year-old boy outside a Brooklyn synagogue after telling the child and his friends that “Hitler should have killed you all,” has been busted.

The NYPD identified the suspect as Christina Darling, 21 who is now facing charges of aggravated harassment as a hate crime and menacing as a hate crime.

In the initial police investigation, Darling, an education, English, and psychology major at St. Francis College, was recorded on surveillance video storming up to the boy and two other children on Avenue P near Coleman St. in Marine Park just after 12:30 p.m. on Jan. 14.

Sources said Darling stood in front of the youngsters and shouted, “Hitler should have killed you all. I’ll kill you and know where you live”.

The same sources said the children were standing in front of the Kehal Tiferet Avrohom Ziditshov Orthodox synagogue when the incident happened.