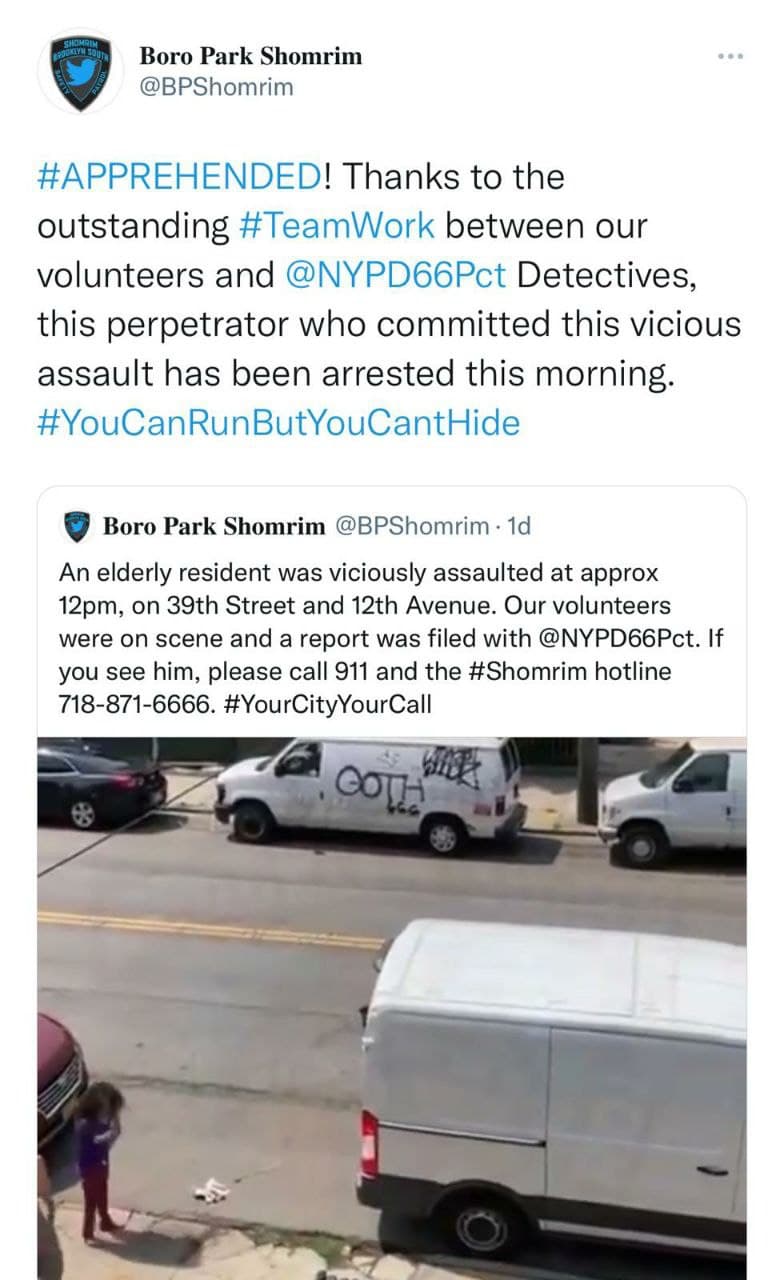 Combined forces of the 66th Precinct of the New York Police Department and Boro Park Shomrim successfully arrested Friday morning the shirtless male suspect who attacked a Jewish driver of a van who slightly blocked a driveway along 12th Avenue and 39th Street at 11:50 a.m. on Wednesday.

In the initial police investigation, the victim, a plumber was trying to park his car that morning when the half-naked suspect came out of his apartment and told the former to move his car asap.

The plumber responded that he will only move the car if the suspect would need it to remove in the future.

At this instance, the suspect got angry and strongly slapped the victim to the face which made him fall to the ground and briefly lose his consciousness.

The suspect immediately fled after the attack as the victim was given a quick medical condition.