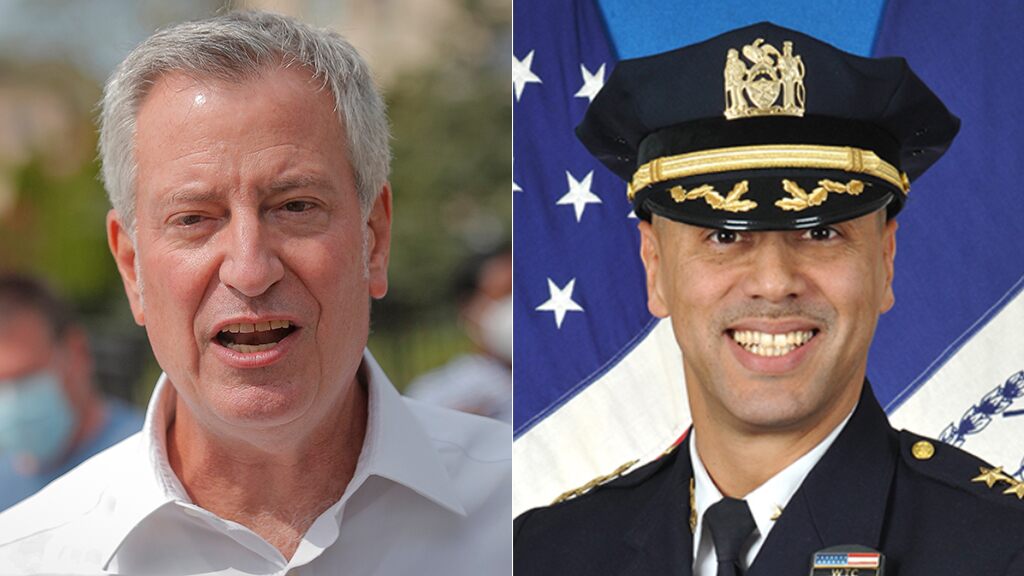 NYPD Chief of Patrol Resigns Due To Mayoral Micromanagement

NYPD Chief of Patrol Fausto Pichardo resigned from the police force on Tuesday, after having enough with Mayor Bill de Blasio’s constant micromanagement of the department. After being made to work for hours at a stretch in response to the coronavirus restriction protests, the chief met the end of his patience when de Blasio continued to meddle in internal affairs.

Tagged the second-highest-ranking uniformed officer in the NYPD and the highest-ranking Latino officer, the NYPD chief who was responsible for tens of thousands of uniformed patrol officers, Pichardo reached past his tipping point after the Borough Park protests and the Mayoral follow-up that came soon after.

According to sources, Pichardo missed calls and messages from the mayor after getting back from the Borough Park protests, which led to a “blow out” over the phone. The mayor wanted Pichardo to handle a block party in the Bronx that Pichardo felt a precinct commander could.

“This is nothing but inappropriate meddling from a person who doesn’t know anything about patrol — even though he has been here for seven years,” the source said of de Blasio. Further substantiating this fact, former NYPD lieutenant Darrin Porcher told CBS2 “We have a pecking order in connection with who does what, and when the mayor subsequently picks and chooses or elects who he sees fit to deal with a particular instance, it fractures the chain of command within the NYPD.”

Confirming his resignation in a statement, the NYPD stated, “Chief Fausto Pichardo, the NYPD Chief of Patrol, filed for retirement on Tuesday, ending an accomplished more than a two-decade-long career in the New York City Police Department. Chief Pichardo, 43, was the first Chief of Patrol of Dominican heritage in NYPD history and has worked tirelessly in recent months to guide the men and women in uniform through a series of challenging issues that have strained the city and the agency.”

Although de Blasio gave no statement regarding the matter, his spokesperson Bill Neidhardt said, “Chief of Patrol Pichardo is a deeply respected leader in the NYPD and City Hall is continuing to have conversations with him regarding his future.”