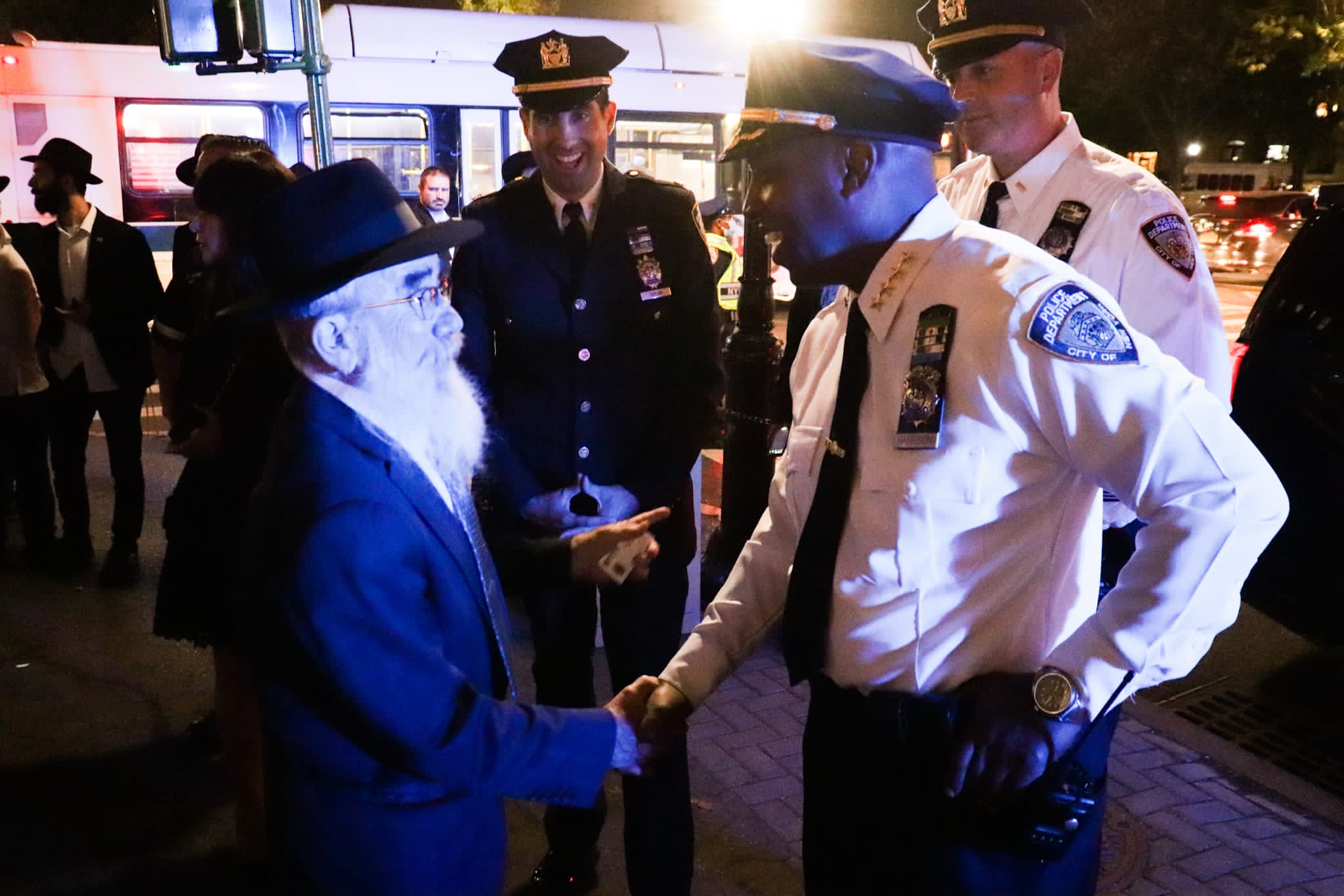 A day after a yeshiva student was shot in the head with a BB gun, two officials of NYPD visited Crown Heights Tuesday evening.

The shocking shooting incident occurred on Monday night, at around 10:30 PM, when a 23-year-old Bochur was shot on Montgomery Street near Albany Avenue.The bullet was reportedly fired from a passing SUV.The pellet struck the victim as he was walking down the street, and injured his head and leg.NYPD Chief of Department Rodney Harrison and Chief of Brooklyn South Michael Kemper did some walking in the area and assured the residents that NYPD will keep their community safe from criminals.

The walking itinerary of the NYPD chiefs, community leaders, and residents started from the Jewish Children’s Museum on Eastern Parkway, went into Chabad Headquarters at 770 Eastern Parkway, then walked to the location of the shooting at Albany Avenue and Montgomery Street, and back to the museum.Devorah Halberstam, a resident of Crown Heights whose son Ari, Hy”d, was shot and killed on the Brooklyn Bridge in 1994, expressed joy that the NYPD officials took time off from their busy schedule to visit them.“We hope the perpetrators are apprehended sooner rather than later,” Halberstam said.