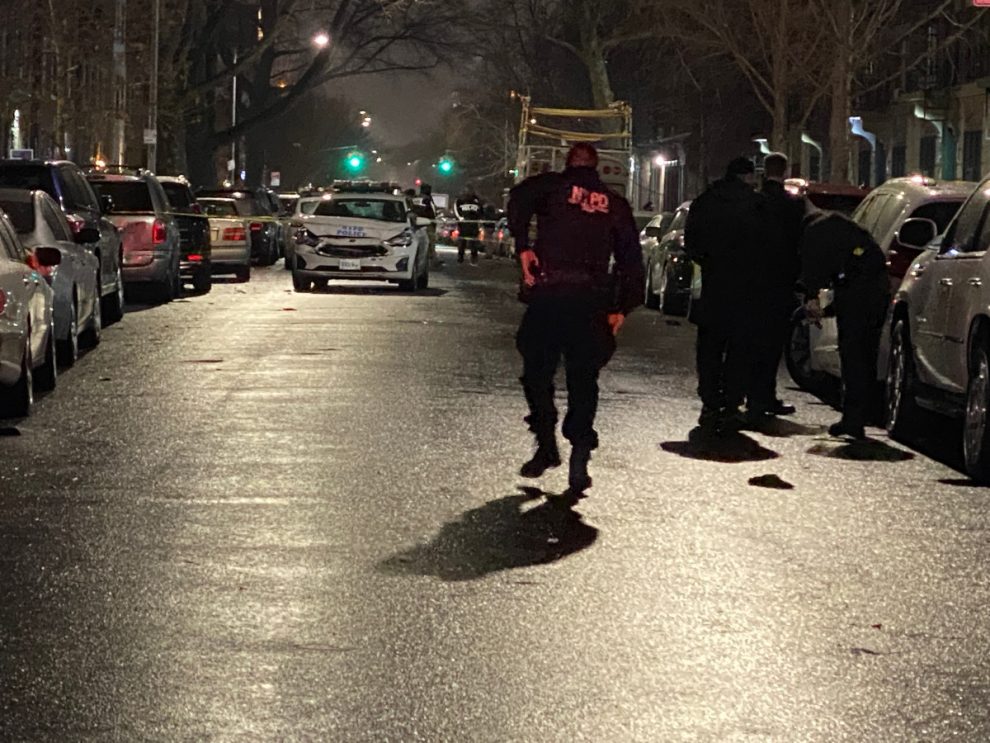 On Thursday night, a 27-year-old cop who was responding to a domestic dispute at 1798 Bergen St. in Crown Heights just after 9 p.m. was shot by a gunman who opened fire, according to police sources. Luckily enough, the officer was saved due to his protective-gear.

Rushed to the Kings County Hospital, along with two other officers who were treated for ringing in the ears, a 27-year-old NYPD officer was shot during a domestic dispute call in Brooklyn on Thursday night.

In the early hours of Friday, Mayor Bill de Blasio held a press conference along with the police force, outside the hospital, where the series of events were detailed. The suspect, identified as William Moss, was on his way to his girlfriend’s house when he allegedly told her that he had a gun and was going to open fire when he got there, the sources said. Cops arrived at the residence after the girlfriend’s mother called 911.

The officers were talking to the younger woman when Moss arrived, shot the cop, and fled, according to the sources. Officers chased him to Prospect Place, where they fired several shots and took him into custody. It’s unclear if Moss returned fire.

Speaking at the conference, De Blasio said, “A man threatened his girlfriend and because the NYPD was there that woman is alive right now. Our officer, thank God, is going to be OK … As you saw today, the NYPD saved someone’s life.”

Police Commissioner Dermot Shea stated that the officer was saved by his vest and held it up at the press conference to show where the bullet had been lodged. Although the motive of the attack was unknown, at the time, FBI’s Joint Terrorism Task Force was also on scene to investigate.

Sources said that Moss did not have any prior arrests. His only criminal record appeared to be a summons he received related to marijuana use. There was a domestic incident reported at the Bergen Street address in October but Moss was listed as the victim in that complaint.