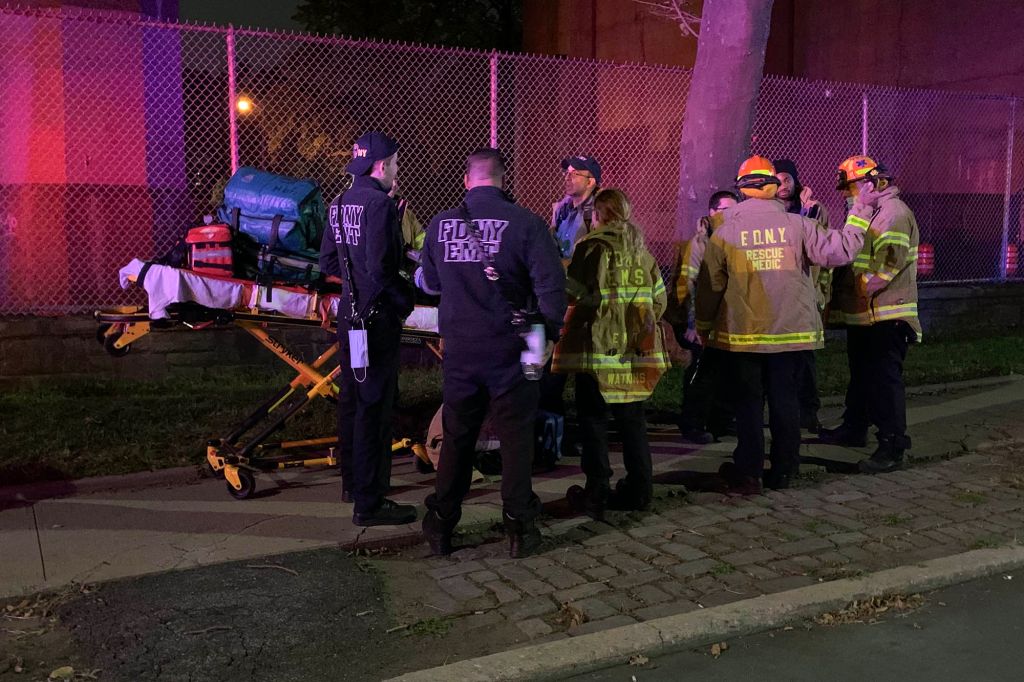 On Tuesday night, officers from the FBI and NYPD Bomb Squad rushed to a home in Queens, after firefighters reportedly found bomb-making materials while dousing a small blaze earlier that afternoon.

At around 2 PM on Tuesday, firefighters responded to a fire at a home on 19th St. at 24th Ave. The men were called by the home’s tenant, who had burns on his hands. Claimed to be argumentative and emotionally disturbed, the man was taken to a nearby hospital, according to sources.

As reported by NY Daily News, the fire marshals didn’t find anything suspicious immediately after they put out the flames, but the man’s landlord discovered a crate of suspicious material when he checked out the damage later in the day. Inside this unidentified crate, authorities found potassium nitrate, which is used in fertilizer, as well as fuses and other bomb-making material. Investigators also found survivalist material and a book on how to make a bomb, later that day. The suspect, who’s in his 30s, has a past domestic violence arrest.

Conversing with Daily News, Doros Evangelites, 70, who resides in the same area said, “The fire was the best thing that could have happened. He could have blown up the whole neighborhood. He always acted weird. His shades were always closed. The point of living here is the view of (Astoria Park), but he never opened them.” Evangelites said the man jumped out of the back of the house to avoid the flames, and firefighters found him in the grass.

Talking to the media, Lt. Mark Torre of the Bomb Squad said, “We would describe these materials as precursor materials, but nothing had been assembled. Taken together, they could assemble an explosive device, and some of the packages and literature found… there were books about military explosives, booby traps, and other things.”

According to sources, the landlord first tried to show police the container, but officers told him it was illegal to go through other people’s property. This is why the man approached the FBI via a phone call.

In the next visit made by the firefighters, the FBI, and the Bomb Squad, fire marshalls uncovered two more boxes filled with similar belongings, further establishing a strong suspicion.

The Police have cordoned off the area since midnight and are interrogating the tenant.