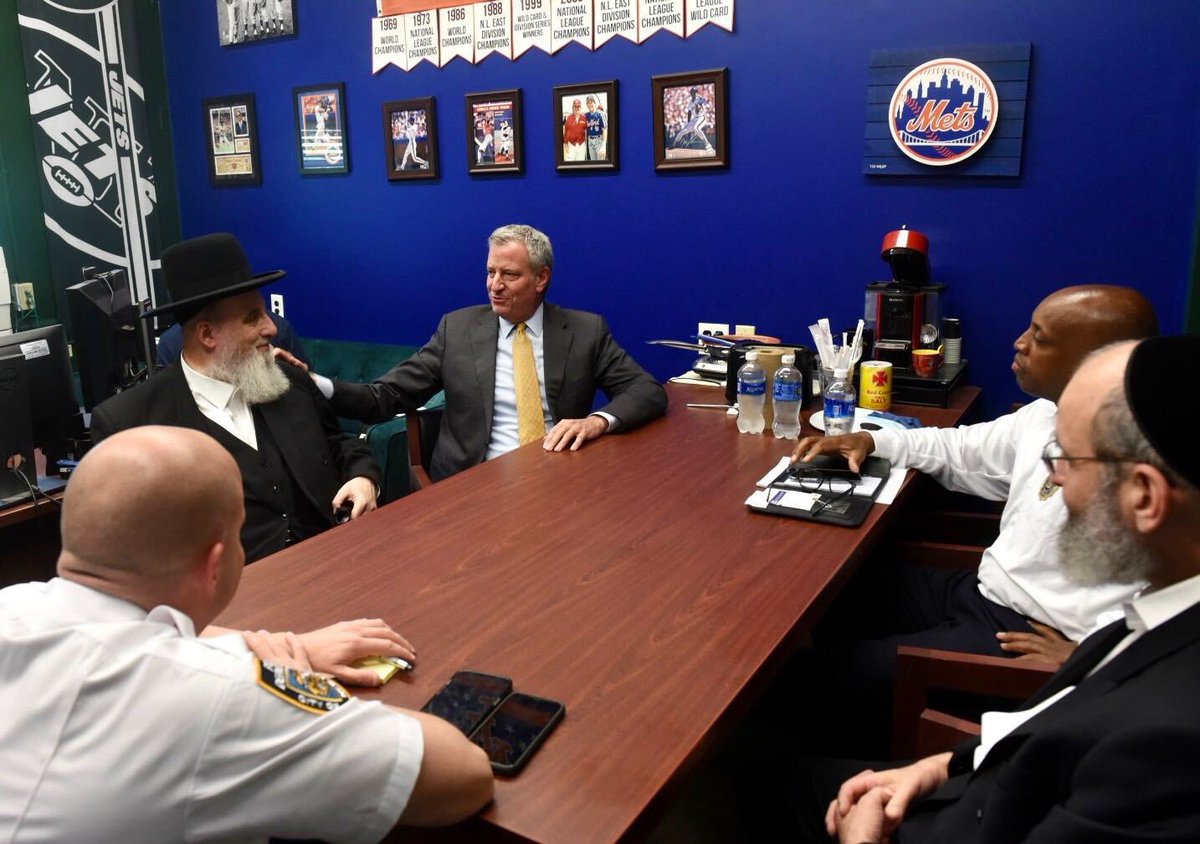 On Sunday, the NYPD made laudable efforts to ensure the safety and security of the Jewish communities residing in the Big Apple, in response to the recent growth in hate crimes.

The Flatbush Shomrim & FJCC coordinated with the NYPD to deploy officers at strategic locations in the Flatbush community, including at Yeshiva dismissals, in order to float our resources amidst the community in the wake of the recent antisemitic incidents across the city.

On Sunday afternoon, NYPD Chief of Department Rodney Harrison also joined a press conference in Boro Park led by NYC Mayor DeBlasio to denounce the string of hate crimes, which came after a high-level meeting on Friday with the Mayor and Agudath Israel of America at City Hall.

After the conference, Chief Harrison personally visited the Jewish communities of Flatbush and Boro Park to hear first-hand concerns of local store owners and residents. The Chief was joined by Deputy Inspector Richie Taylor of Community Affairs, and Pinny Ringel of the Mayor’s Office as well as Shomrim leaders.

The Chief carefully listened to the issues presented to him and pledged to work harder to bridge gaps between other nationalities and religious groups in the area and to increase the police presence.