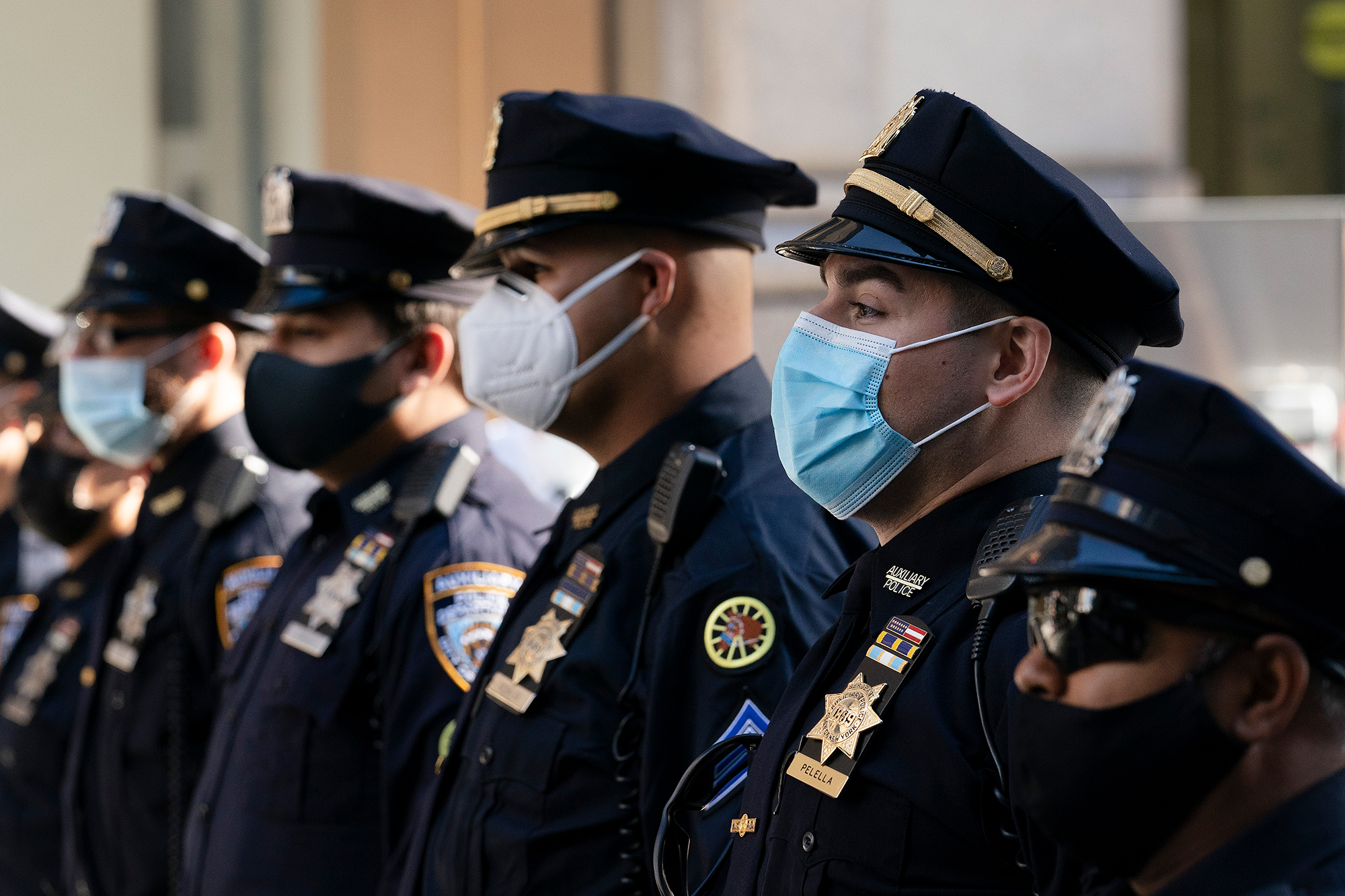 The NYPD is taking a step ahead in the looming mass retirement of its personnel in view of the city’s COVID-19 vaccine mandate.

NYPD officials issued numerous guidance Thursday for cops who would rather quit than get the jab.

In view of the potential influx of police officers who will opt for early retirement, NYPD reserved the auditorium at 1 Police Plaza Friday for the NYC Police Pension Fund to process retirement paperwork for cops with at least 20 years on the job, according to a pair administrative bulletins sent out to the workforce Thursday.

Based on the memo, the retiring officers will be split into two arrival windows based on the last name.

The memo further states that those without 20 years on the job who wish to resign are being told to arrive at the auditorium at police headquarters on Saturday in four separate groups, again organized by the last name.

“This is to assist members who wish to retire due to the vaccination mandates,” the memo state.

Meanwhile, as of Thursday, 25 percent of the NYPD’s workforce remained unvaccinated and face being placed on unpaid leave starting Monday if they do not get the jab in the coming days.

Sources said hundreds of cops have also been lining up to get the vaccine this week and police brass hopes more get the jab over the weekend — but it was unclear how many cops will choose to hand in their gun and badge instead.