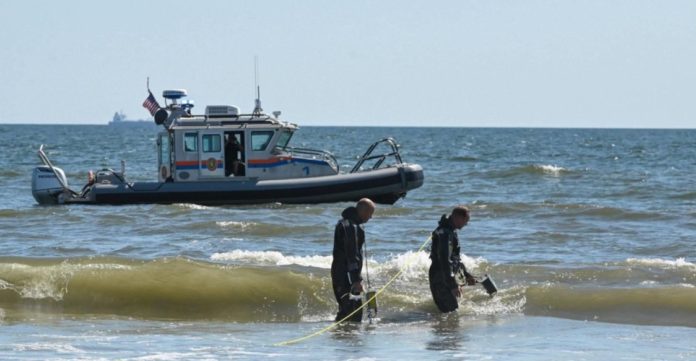 NYPD search beach for stolen Torahs tossed in the water

The NYPD dive teams conducted a search operation on the waters near Long Beach with metal detectors Tuesday.

The search was done in order to locate missing artifacts that were stolen from a Jewish temple in August.

So far the search for the items, including two handwritten Torahs has yielded negative results.

However, the 23-year-old suspect in the burglary has already been charged with burglary for reportedly breaking into the Chabad of the Beaches at Temple Beth El in Long Beach in August and stealing the Torahs as well as other valuable artifacts.

The suspect was arrested last month after the police found him at a beach in the town located on the southern coast of Long Island.

The suspect was reportedly naked except for a Jewish prayer shawl and was holding a spear during his arrest.

Nassau Police Commissioner Patrick Ryder believes the burglary is not motivated by antisemitism and that the accused man seemed to be in mental distress.

“There is a rise of antisemitism around the country, but not so much in Nassau County and we want to keep it that way,” Ryder said.