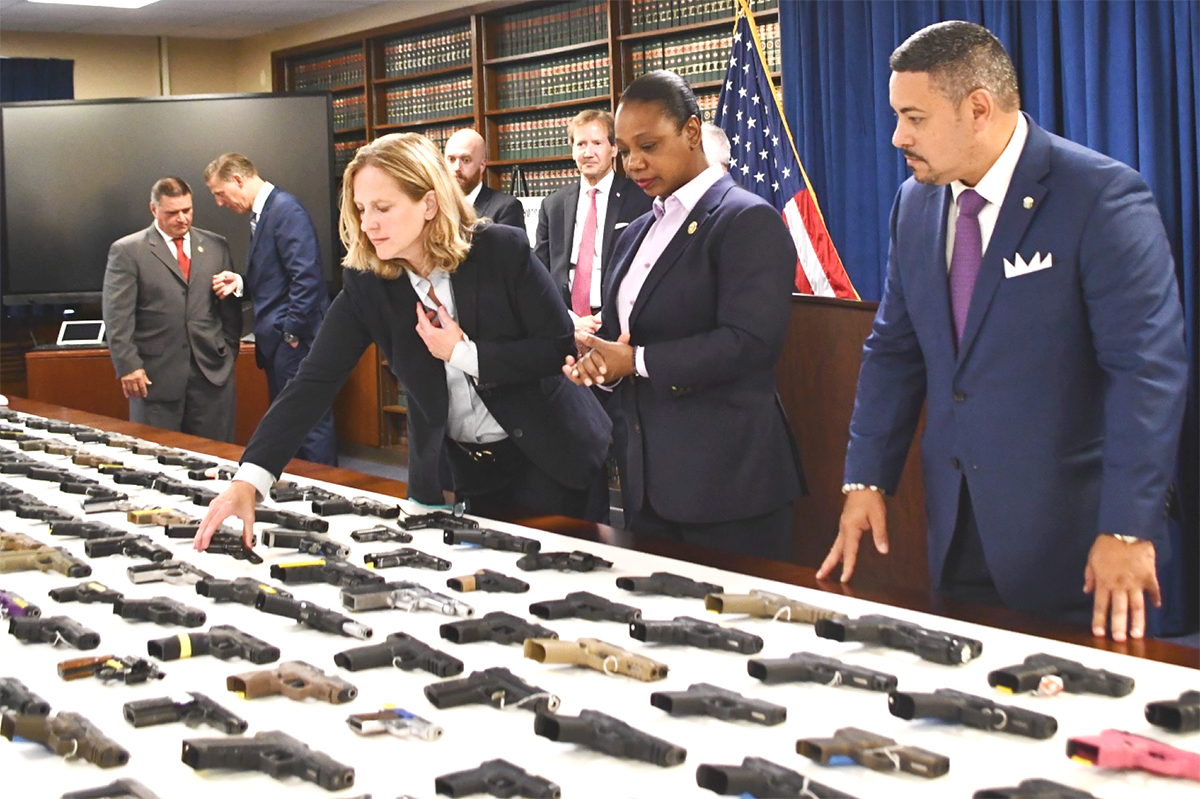 Earlier this week, NYPD cops busted five men and seized 182 handguns in an illegal gun-trafficking ring that ran weapons from Tennessee to sell on the streets of Queens.

According to authorities, the four men caught exploited the lax gun laws in Tennessee and used the infamous “gun show loophole” to funnel the weapons through the so-called Iron Pipeline into New York.

Source: Find All The News

Cops seized 182 firearms, 136 high-capacity magazines, and hundreds of rounds of ammo that were either sold to an undercover cop or confiscated from the men when they were arrested.

Queens District Attorney Melinda Katz said at a news conference that the members of the ring were hit with a 1,611-count indictment with charges including criminal sale of a weapon and criminal possession of a weapon in an investigation operation nicknamed “Operation Hot Cakes.”

“Illegal gun traffickers who flood our neighborhoods with dangerous firearms put every resident of our borough at grave risk,” the DA said in a statement. “We have seen far too many instances of guns, purchased down South and trafficked into New York that are then recovered at devastating crime scenes, leaving bloodshed and tragedy on our streets.”