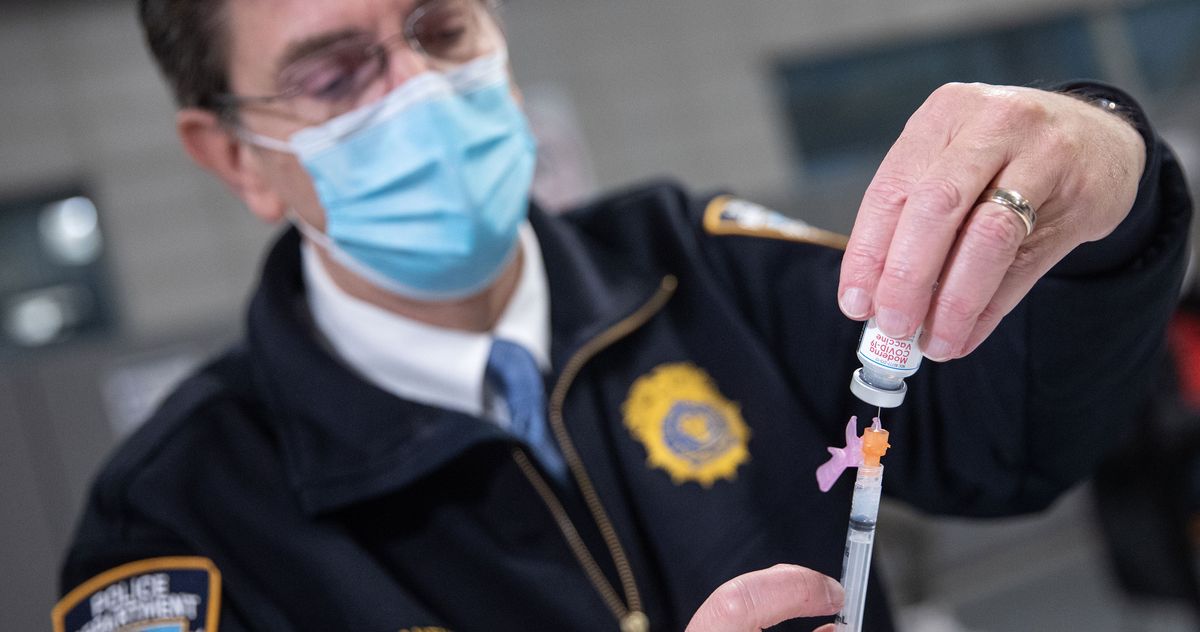 Dismal new figures have revealed a low 43% vaccination rate among New York’s finest. The nation’s largest police force is severely lagging behind in vaccination numbers amidst the growing spread of the Delta variant of the coronavirus.

The numbers were discovered soon after the Wednesday press briefing where Mayor Bill de Blasio announced he was ordering all city health care workers who are unvaccinated to get tested weekly and said he was “looking at” mandatory vaccinations as the Delta variant continues to spread across the country.

The percentage was reported by the NY Post who was informed of the numbers by an NYPD spokesperson. The anonymous tipper revealed that 43 percent of its uniformed and civilian employees or just over 23,000 of its total 54,000 workforce have been vaccinated. What’s more disappointing is that these numbers are up only 2 points from early June and 4 points from when the department’s vaccination rate was first reported in May.

The NYPD was hit hard by the first wave of the coronavirus, leading to more than 55 deaths among the uninformed and civilians members. This makes it all the more crucial for cops to get vaccinated as cases continue to climb due to the much more infectious delta variant.