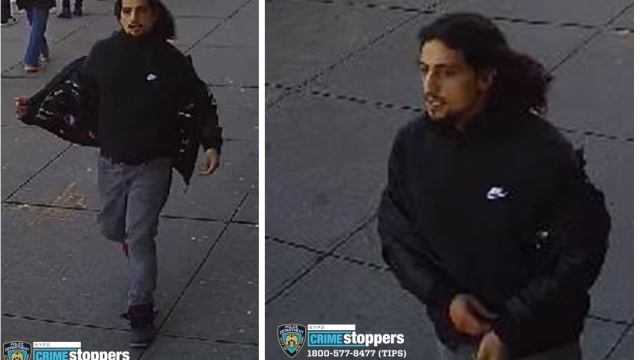 The NYPD is on the lookout for any information regarding the suspect in a recent antisemitic attack wherein a Jewish man wearing an IDF sweatshirt was the latest victim.

According to Blake Zavadsky, a 21-year-old Jewish resident from Brooklyn, the attack that was totally uncalled for, took place as he and his friend Ilan Kaganovich were walking down the street when they were approached by two men who called them “dirty Jews,” and demanded that Blake remove his sweatshirt bearing the seal of the Israel Defense Forces. One of the assailants then punched Zavadsky several times and poured coffee on his sweatshirt, the two victims said in a video statement tweeted on Monday by Brooklyn Councilwoman Inna Vernikov.

The NYPD Hate Crimes Unit, who is in charge of the investigation, has put up a post on Twitter, with video footage of the primary assailant, who they said fled on 86th Street toward 4th Avenue.

Reacting to the incident, New York Governor Kathy Hochul called the attack “abhorrent and unacceptable,” asserting that “antisemitism and all hate has no home in New York.” She added that she was “ready to offer additional support” to the investigation.

All tips regarding the incident are welcome from the public via @NYPDTips or 1-800-577-TIPS.