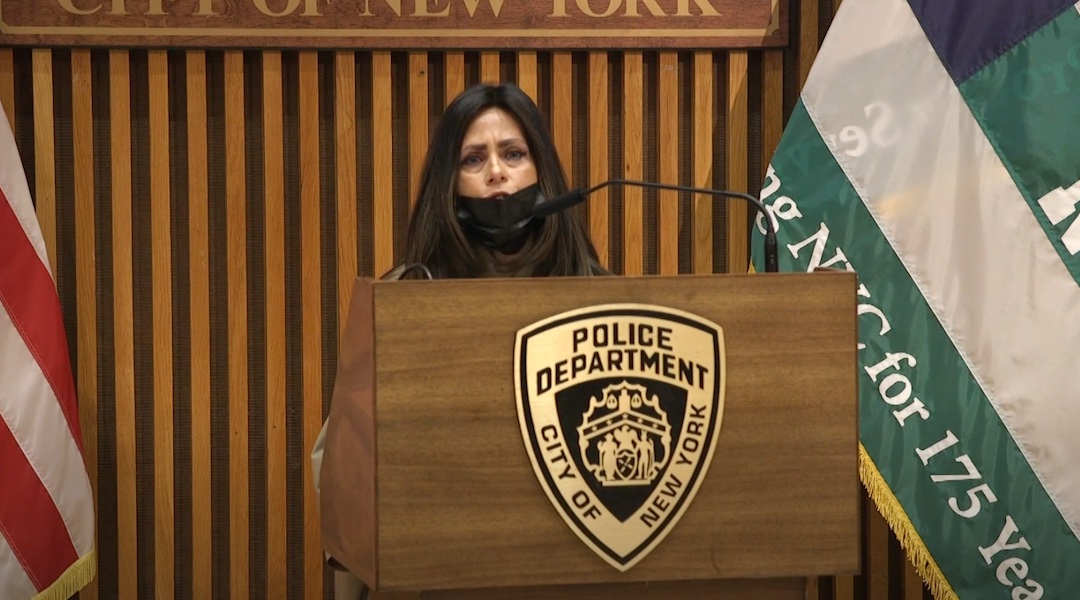 On Monday, the New York Police Department announced the establishment of an exclusive Hate Crime Review Panel that will be led by a diverse group of community leaders to help officers combat hate-motivated violence. The newest panel has also welcomed on board a Hasidic woman and activist named Deborah Halberstam, whose son Ari was killed in a terrorist attack in New York City in 1994.

Since anti-semitic hate crimes are doing quite the number across the world, the NYPD deemed it fit to have onboard a Jewish activist who would protect the interests of the community, while onboard the hate-crime panel. Among the 5 civilians who have joined the panel is Devorah Halberstam, co-founder, and director of external affairs at the Jewish Children’s Museum in Brooklyn, N.Y. Halberstam stepped into the field of Jewish activism after her beloved 16-year-old son, Ari, was shot and killed in a 1994 anti-Semitic attack on the Brooklyn Bridge.

Speaking about the newly-formed panel in a statement, the NYPD said,“collectively, our panelists represent decades of deep knowledge and vital experience. They will assess circumstances that present challenges in establishing whether a victim’s actual or perceived race, national origin, ethnicity, religion, disability or sexual orientation were motivating factors in possible hate crime. Their contribution will enhance the department’s work and improve service to all New Yorkers.”

The other panelists joining Halberstam include Fred Teng, president of the America China Public Affairs Institute; Pia Raymond, author, professor, and social worker; Ed Powell, president of Brooklyn’s 70th Precinct Community Council; and David Warren, a member of Manhattan Community Board 4, a board member of the pedestrian safety coalition ChekPeds and an active member of OutCycling, a nonprofit LGBTQ cycling network.

Police Commissioner Dermot Shea also took to commenting on the panel, saying, “Our continuing partnerships with the community remain the cornerstone of our policing philosophy. Whether teaming our cops up with the community to clean graffiti, partnering with esteemed advisors to reimagine policing for the 21st century or ensuring an independent assessment of all potential hate crimes, we are always striving to make the department fairer, stronger, and more effective.”