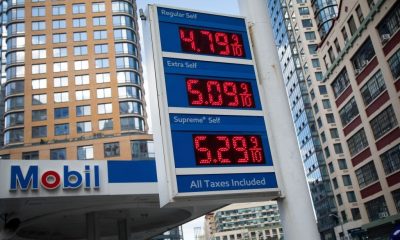 NY lawmakers finally settled on a budget deal this Thursday, which will now include the Alcohol-To-Go plans, along with a Gas Tax Holiday for most of this year.

The budget would suspend portions of the state’s gas tax for both unleaded and diesel from June 1 to Dec. 31. Also included in the budget is a provision extending the popular pandemic-era alcohol-to-go rules, letting restaurants sell booze for take-out or delivery for the next three years as long as it’s accompanied by a “substantial food item.”

This being decided on, there are still multiple additional bills pending, which may bring certainty to hot-button issues like bail reform and massive subsidies for a new Buffalo Bills stadium. “We will go back in conferences, there’s still just a few things that have to be ironed out,” Senate Leader Andrea Stewart-Cousins, a Democrat, said. “But you know, everybody will start voting sometime this evening.”

Lawmakers could temporarily suspend gasoline taxes, and allow to-go sales of alcoholic beverages under budget bills released by legislative leaders Thursday. Liquor and wine would be available for take-out and delivery for three years, reviving a practice that became popular in New York during the pandemic.