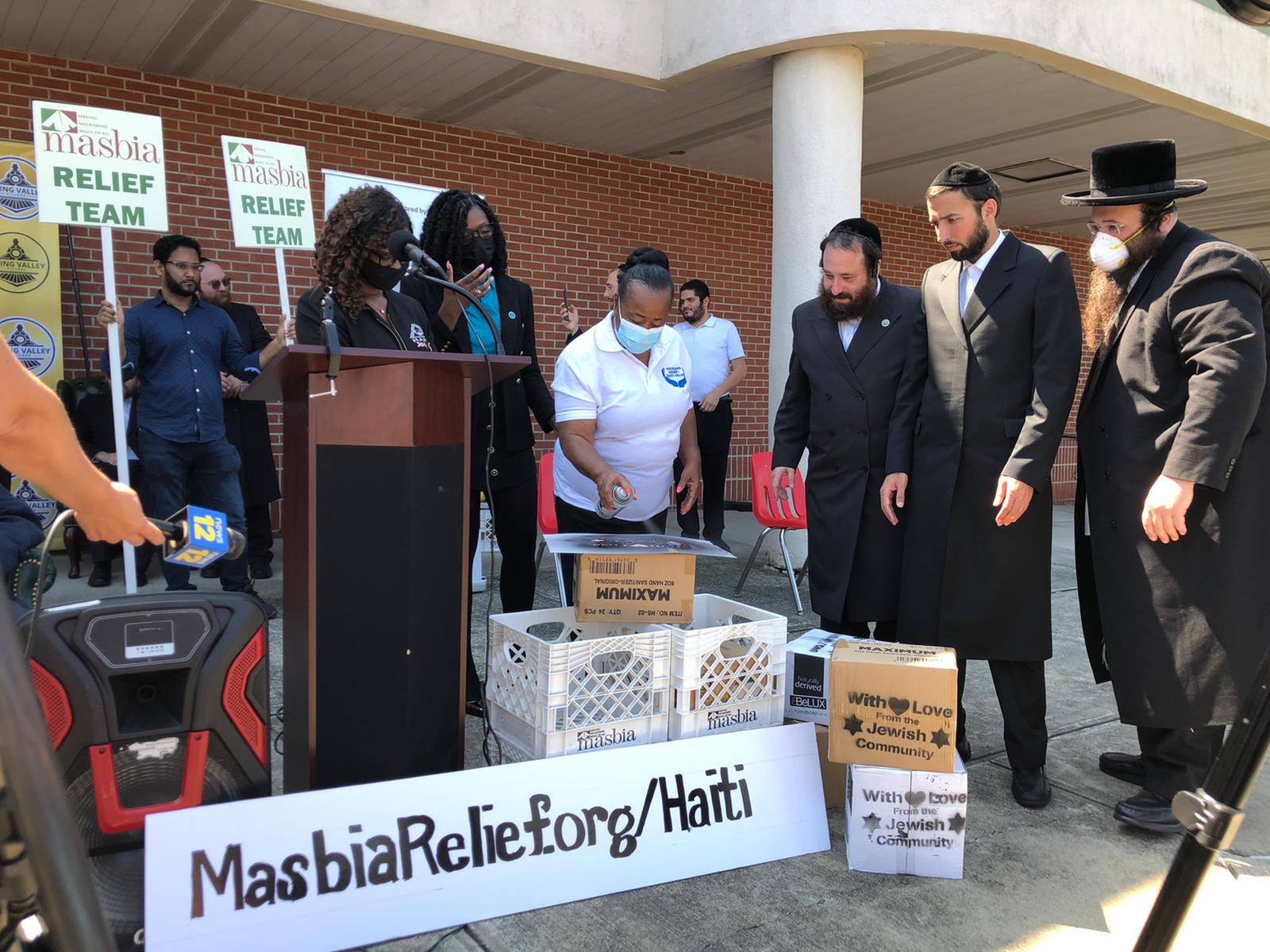 An estimated over a million dollars worth of hand sanitizer, surface wipes, and shelf-stable food is set to be donated by the New York Jewish Community to the victims of the 2021 Haiti earthquake.

The substantial amount of food and aid was collected due to the strong effort of NYS Assemblyman Simcha Eichenstein (D-Brooklyn), Rockland County Legislator Aaron Weider (D-Spring Valley), and Alexander Rapaport, ED of Masbia Soup Kitchen Network, together with community and faith leaders of the Haitian community.

The collected food and aid are set to be transported to Haiti anytime soon.

As of August 16, the death toll in Haiti, caused by a horrific earthquake a day before, rose to a whopping 1,297- with several people still unaccounted for.

The 7.2 magnitude earthquake and a subsequent Tsunami warning, left at least 5,700 people injured in the nation, with thousands more displaced from their destroyed or damaged homes, waiting in the sweltering heat.

Hospitals in Haiti have been struggling with the pandemic and a lack of resources to deal with it, which has made medical assistance even more dismal.

The epicenter of the Saturday earthquake was about 78 miles west of the capital of Port-au-Prince, and aftershocks continued to jolt the area Sunday.

Prime Minister Ariel Henry declared a one-month state of emergency for the whole country and said he was rushing aid to areas where towns were destroyed and hospitals overwhelmed.