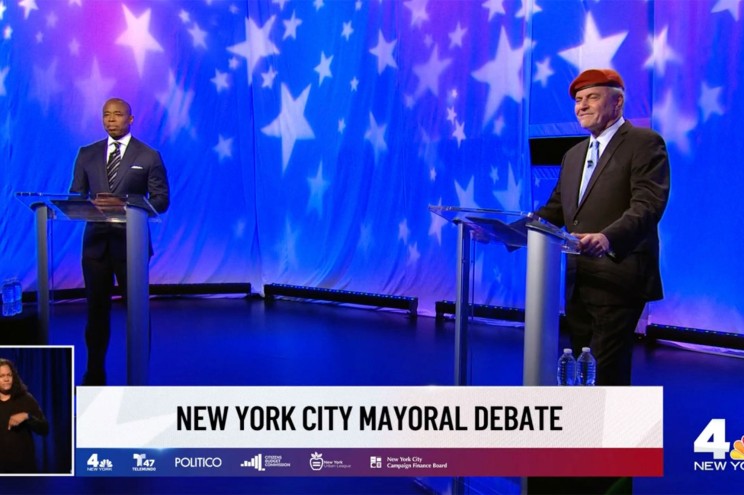 The observers who pick as Adams as a heavy favorite in the debate on Tuesday said Adams is the clear winner in their face-off since he remained calm during the one hour-show and articulated his ideas nicely.

The observers also noted that Adams also successfully avoided responding to the one-liners of Sliwa which could have tilted the balance to his Republican rival.

Chapin Fay, the press secretary for former Gov. George Pataki, the last Republican to win that job said Adams did a very good job in the debate and is the clear winner in the faceoff.

“Democrats outnumber Republicans by a 7-to-1 margin and regardless of how well Sliwa does in debates, New York City grades on a curve and he’ll never get higher than a B,” Faye said.

Soufer said Adams is a clear winner because he is calm and collected during the debate.

Koch for his part said Sliwa got lost trying to create a viral moment that would reset the debate.

“Curtis started OK, but then spent the rest of the debate trying and failing to create a memorable moment for himself,” Koch said.