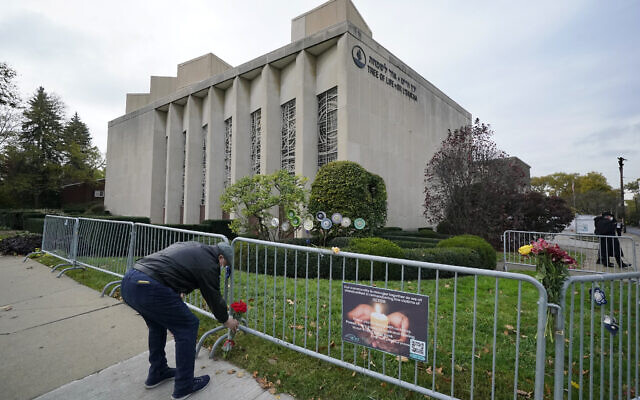 In a court hearing on Tuesday, Pittsburgh police officials told the judge presiding over the case that defendant Robert Bowers made several references to killing Jews as he perpetrated the deadliest attack on Jews in US history.

Facing more than 60 federal charges, including hate crimes violations, obstruction of religious belief, and the use of a firearm during a crime of violence, Bowers pleaded not guilty and faces a possible death penalty if convicted.

In his hearing on Tuesday, Officer Stephen Mescan was the first to testify about the October 2018 massacre in which Bowers wounded seven, including five police officers, at the Tree of Life synagogue.

Federal prosecutors played dozens of snippets from police radio transmissions from the scene, including one in which Mescan said: “Suspect is talking about ‘all these Jews need to die.’” Mescan told US District Judge Donetta W. Ambrose that Bowers made other similar statements that day.

“He was very calm and he said he’s had enough and that Jews are killing our children and the Jews had to die,” said Officer Clint Thimons.

A third officer, David Blahut, said he did not ask Bowers questions because he had not been advised of his rights, but after being taken into custody Bowers told him “these people are committing genocide on my people and I want to kill Jews.”

As it stands, the hearing is expected to continue today.