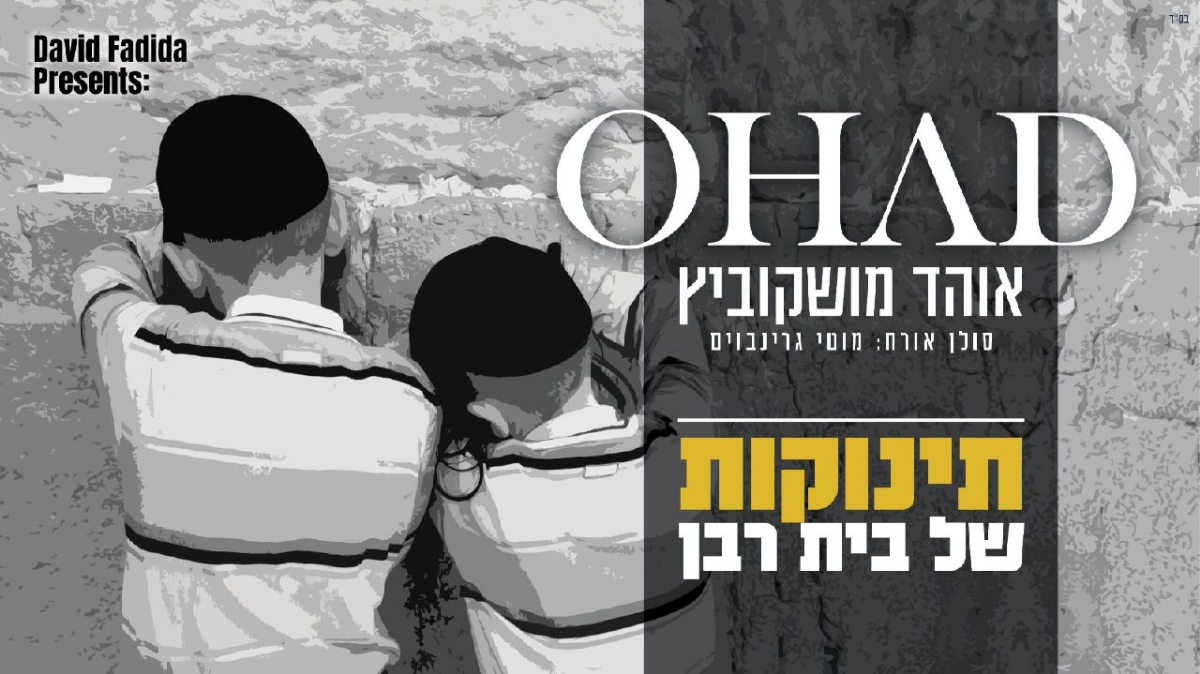 Ohad Moskowitz in a new single called ‘Babies of Beit Raban’, a prayer song and pleas for the situation. In the atmosphere of the terrible days, the moving lyrics, “To all our pains listen and hear, do not answer us empty” take on additional meaning in Ohad’s miraculous performance. The song was written and composed by Yonatan Sheinfeld and even produced musically, and the performance is joined by the child prodigy Motti Greenbaum, who adds another and exciting tone to the song with the sound of the bells in which he is gifted. The song was written in memory of the late Rabbi Yitzchak Elchanan Padida, the brother of producer David Padida, the personal manager of Ohad, Sheinfeld and Moti Greenbaum, who died suddenly about a week and a half ago.

New Single “A Kochav” For The Campaign For Yeshiva Kochvei Ohr

A Kochav - א כוכב - Ft. All Star Cast Music holds a key to the heart and soul and can be used as a tool to inspire. Aside from…
Avrumy Schwartz
Love0

Being in the atmospheres of the upcoming Yom Tov Purim, Shlome Feingold - Park Studios is happy to present to you a brand new song just in time for the…
Avrumy Schwartz
Love0