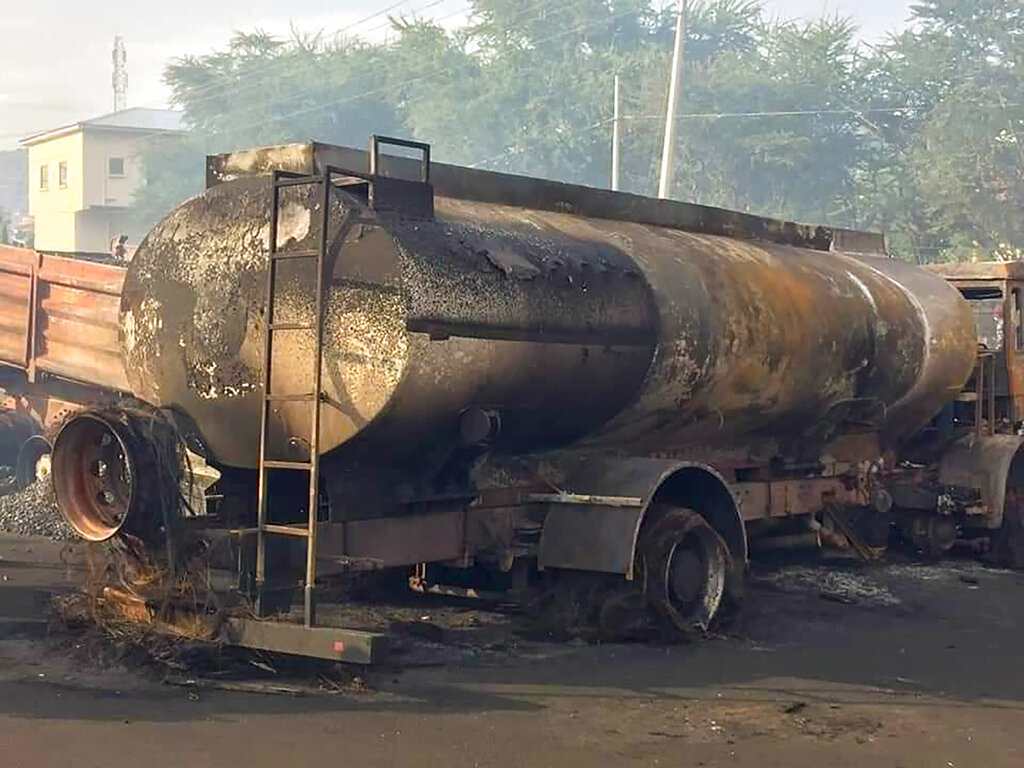 Ninety-eight people were killed when an oil tanker truck exploded near Sierra Leone’s capital, killing at least 98 people and severely injuring dozens of others on Friday.

Based on the initial police investigation, the explosion occurred when the tanker collided with another truck as it was pulling into a gas station near a busy intersection in Wellington, just east of the capital of Freetown.

The National Disaster Management Agency said the drivers of both trucks told the residents to stay away as they discuss the leaks on their vehicles.

However, the residents refused to listen which lead to the huge number of casualties who died in the explosion.

Sources said almost 100 injured people were taken to area hospitals were 30 of them are expected to die due to severe burns on their bodies.

“My profound sympathies with families who have lost loved ones and those who have been maimed as a result,” Bio tweeted.