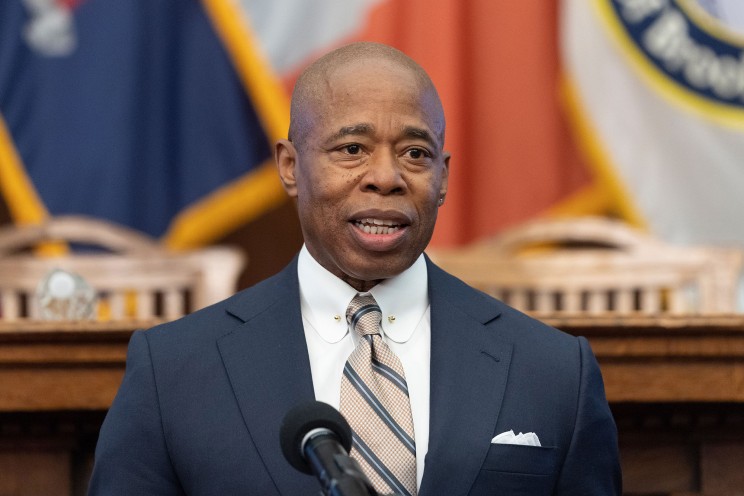 Due to the rising cases of COVID-19, mayor-elect Eric Adams has postponed his Jan. 1 evening inaugural at Brooklyn’s historic Kings Theater.

As we reported in a previous article HERE, YidInfo learned yesterday that Eric will indeed cancel his inauguration.

Aside from Adams, city Comptroller-elect Brad Lander and re-elected Public Advocate Jumaane Williams also decided in a joint statement that their joint inaugural will be held at “a later date.”

“After consulting with public health experts, we have decided that our joint inauguration ceremony will be postponed to a later date in order to prioritize the health of all who were planning to attend, cover, and work on this major event,” the trio said.

“We look forward to getting together in person with our loved ones, colleagues, and well-wishing New Yorkers to honor this great democratic tradition, and to thank all those who have made it possible, at a safer time in the weeks ahead,” the trio added.

The trio said they decided to postpone their inauguration since health and safety must come first at all times.

“Health and safety must come first,” they said.

“We encourage all New Yorkers to get vaccinated, get boosted and get tested. That is our pathway out of this pandemic, and we will come out of it together,” they added.

It can be recalled that last week Adams said that he would meet with health officials to discuss and potentially revisit the safety of his indoor inaugural festivities.

It was learned that traditionally mayoral inauguration been held outside at City Hall during the day, but Adams announced last week that it would take place in Brooklyn instead of at City Hall, as a tribute to the elections of the three citywide leaders who live in the borough.

It was also learned that the ceremony was slated for the evening of Saturday, Jan. 1, to accommodate observation of the Jewish sabbath.