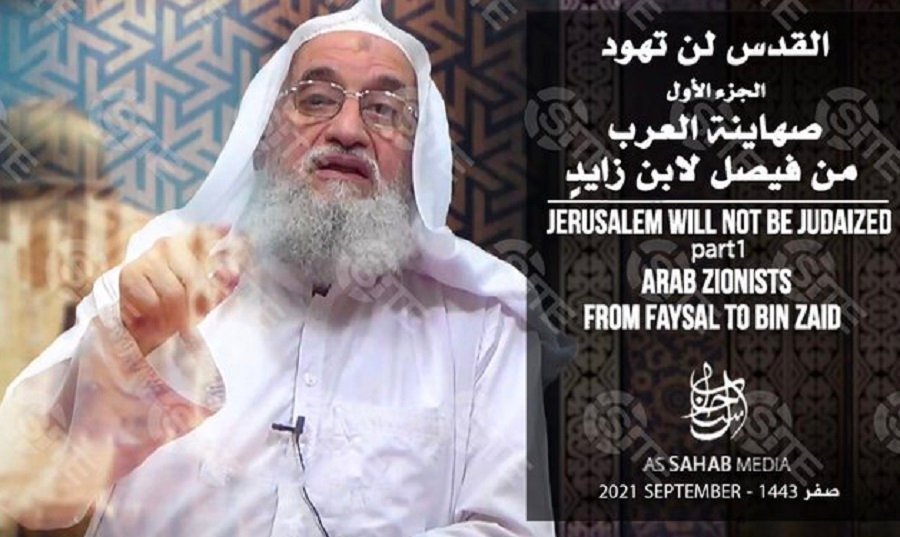 Marking the 20th anniversary of the Sept. 11 attacks, Al Qaida leader Ayman al-Zawahri released a video wherein he claimed that “Jerusalem Will Never be Judaized,” among other statements.

Thought to be dead for quite some time, Al Qaida Chief Ayman al-Zawahri made a special video appearance on some Jihadist websites, slamming Arab countries for “collaborating” with the United States, calling them “Zionist Arabs.” Al-Zawahiri and vowing that “Jerusalem will not be Judaized.”

Hinting at the historic Abraham Records which were signed last year, al-Zawahri claimed Saudi Arabia and the United Arab Emirates to be the chief “collaborators.” Furthermore, Al-Zawahri made no mention of the Taliban’s takeover of Afghanistan and the capital Kabul last month, but he did mention and praise a Jan. 1 attack that targeted Russian troops on the edge of the northern Syrian city of Raqqa.

The SITE Intelligence Group that monitored the video said, al-Zawahri also noted the U.S. mil\itary’s withdrawal from Afghanistan after 20 years of war. It added that his comments do not necessarily indicate a recent recording, as the withdrawal agreement with the Taliban was signed in February 2020.

Al-Zawahiri’s speech was recorded in a 61-minute, 37-second video produced by the group’s as-Sahab Media Foundation.