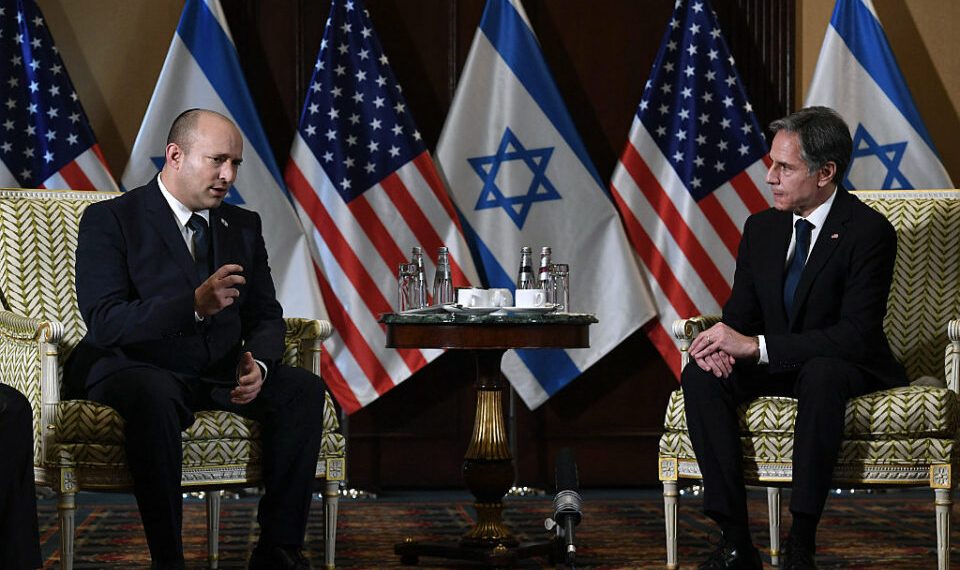 On Day 1 of US Trip, Bennett Meets US Secretary of Defense Lloyd Austin and Secretary of State Antony Blinken

Bennett’s meeting with Austin was held behind closed doors, and both sides’ readouts offered limited details on what was discussed. “The prime minister and the defense secretary discussed a number of regional, political and security issues, chief among them ways the curbing of Iran’s regional aggression and the progress of the Iranian nuclear program,” Bennett’s office said in a statement.

In the next, also closed-door meeting with Blinken, Bennett had earlier said he looked forward to discussing Iran’s pursuit of regional dominance, and its race to a nuclear weapon. “I bring from Israel a new spirit, a spirit of folks who sometimes harbor different opinions but work together in cooperation, in goodwill, in a spirit of unity and we work hard to find common things that we do agree upon and move forward on it. It seems to be working,” Bennett said.

“We’re going to be talking about a bunch of issues, primarily how do we fend off and curtail Iran’s pursuit to dominate the region and its race to a nuclear weapon. We will also talk about regional stability and climate change, which is an issue for all of us.”

On the other hand, according to Israel’s government press office, Bennett thanked Kohr for the organization’s “steadfast support for the State of Israel,” saying he views the organization’s activities as “a leading and integral factor in strengthening Israel’s standing in the United States.” Kohr wished Bennett success on his first diplomatic visit after they discussed diplomatic, security, and economic challenges facing Israel and agreed to remain in close contact, according to the release.

Bennett was scheduled to finish the day by sitting down with White House National Security Adviser Jake Sullivan.