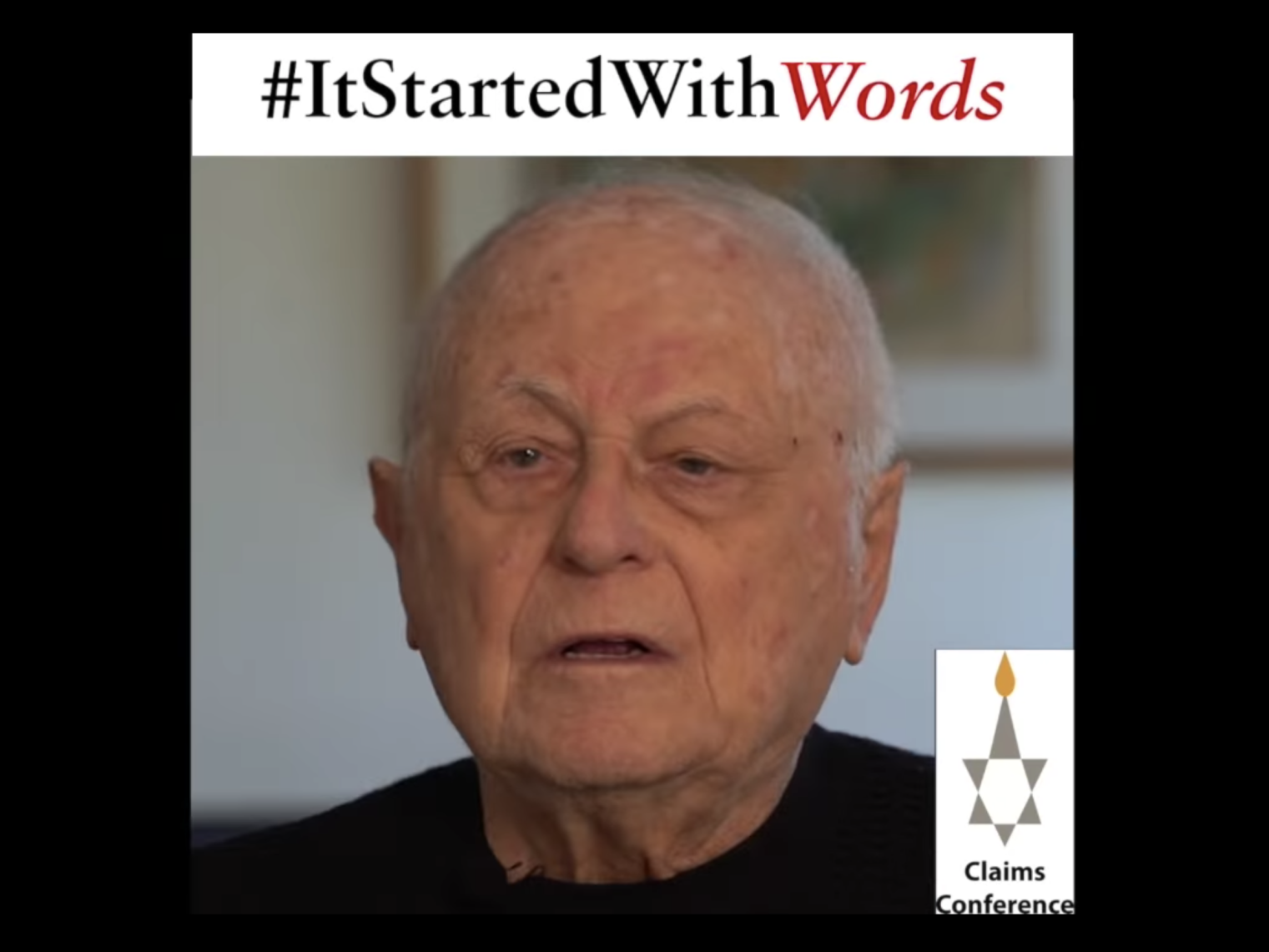 Hoping to target the disconcerting rise in the perpetuation of falsehoods regarding the Holocaust and Jews, in general, across social media platforms, Holocaust survivors have begun an online campaign to spread the truth about Jewish history.

Taken aback by the rise in online anti-Semitism during the pandemic, coupled with studies indicating younger generations lack even basic knowledge of the Nazi genocide, Holocaust survivors are now taking to social media to share their experience of how hate speech paved the way for mass murder- with the #ItStartedWithWords campaign.

The campaign, launched to coincide with Israel’s Holocaust Remembrance Day, was organized by the New York-based Conference on Jewish Material Claims Against Germany, which negotiates compensation for victims. It is backed by many organizations, including the United Nations.

A group of survivors released short video messages recounting their stories, in the hope to educate people about how the Nazis embarked on an insidious campaign to dehumanize and marginalize Jews — years before death camps were established to carry out murder on an industrial scale.

According to the campaign, six individual videos and a compilation were released on Wednesday over Facebook, Instagram, and Twitter. Continuing the campaign stream further, the current resources will be followed by one video per week. The posts will include a link to a webpage with further resources, including more testimonies and teaching materials.

Speaking to the Associated Press, one of the participants- Sidney Zoltak, a survivor from Poland who turns 90 later this year said, “There aren’t too many of us going out and speaking anymore, we’re few in numbers but our voices are heard. We are not there to tell them stories that we read or that we heard — we are telling facts, we are telling what happened to us and to our neighbors, and to our communities, and I think that this is the strongest possible way.”

In a statement of support for the new online campaign, the International Auschwitz Committee noted that one of the men who stormed the U.S. Capitol in January wore a sweatshirt with the slogan “Camp Auschwitz: Work Brings Freedom.” “The survivors of Auschwitz experienced first-hand what it is like when words become deeds,” the organization wrote. “Their message to us: do not be indifferent!”