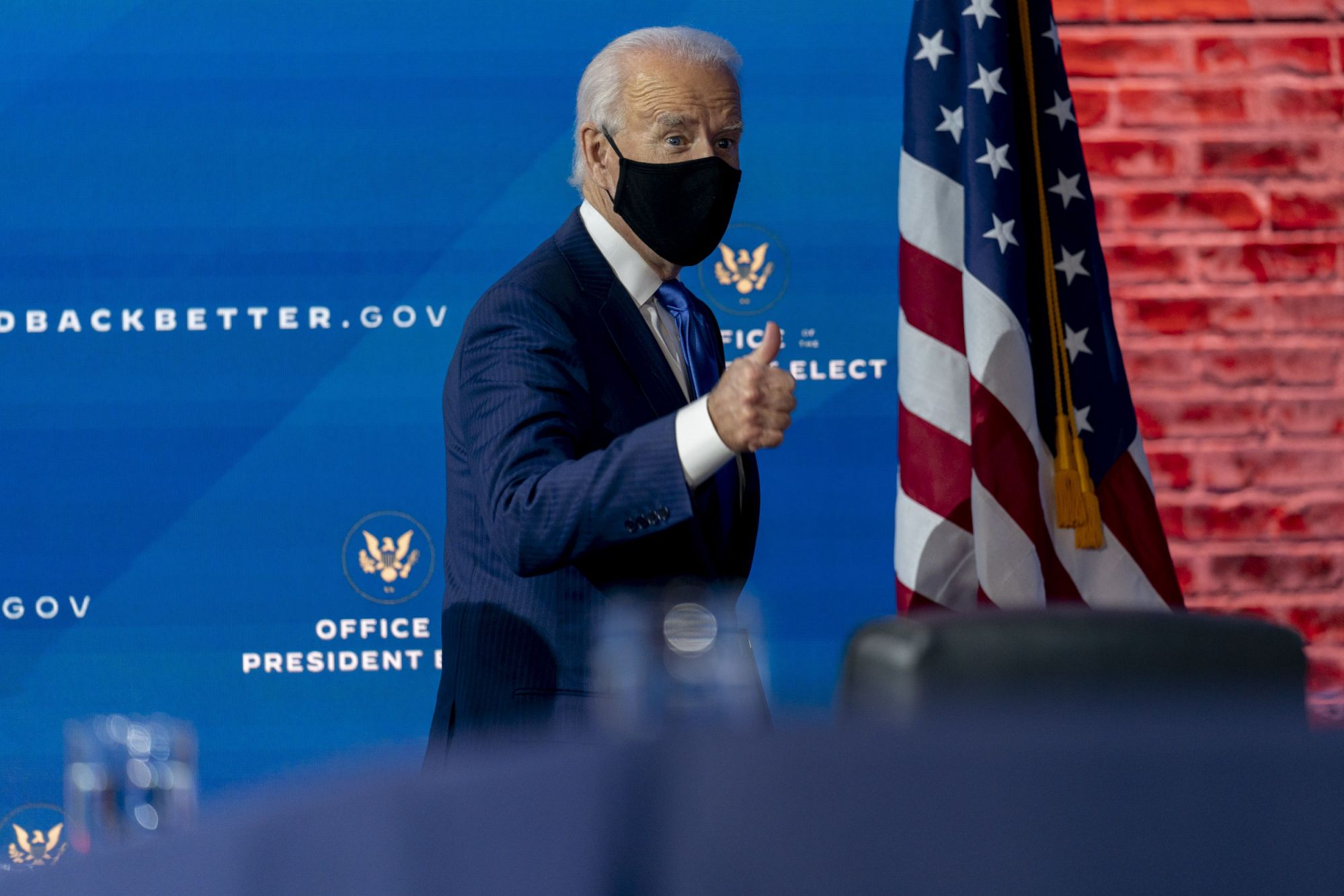 On Inauguration Day, Biden To Call Upon Americans For 100 Days Of Mask-Wearing

On his first day as the President of the United States, Biden stated that he would call for ‘100 Days of Mask-Wearing’, for all Americans to abide by, as a means of combating the coronavirus.

In an interview with CNN on Thursday, President-Elect Joe Biden claimed that he will ask Americans to commit to 100 days of wearing masks as one of his first acts as president. He told CNN he believed there would be a “significant reduction” in Covid-19 cases if every American wore a face covering. Biden also said he would order masks to be worn in all US government buildings.

In the interview with CNN’s Jake Tapper, Biden said, “The first day I’m inaugurated to say I’m going to ask the public for 100 days to mask. Just 100 days to mask, not forever. One hundred days. “And I think we’ll see a significant reduction if we occur that, if that occurs with vaccinations and masking to drive down the numbers considerably.”

During the course of the interview, Biden also said that he was keen on Dr. Anthony Fauci staying on in his administration, “in the exact same role he’s had for the past several presidents,” as the director of the National Institute of Allergy and Infectious Diseases, the nation’s top infectious-disease expert. Biden said he’s asked Fauci to be a “chief medical adviser” as well as part of his COVID-19 advisory team.

Although constitutional experts have said that the president has no legal authority to order Americans to wear masks, Biden said during the interview he would set an example by donning face coverings and said he would try to exercise executive authority to do the same. “I’m going to issue a standing order that in federal buildings you have to be masked,” he said.

When asked about the incoming coronavirus vaccine, Biden stated that he would be “happy” to get inoculated openly, in order to reassure Americans of any concerns about its efficacy and safety, a lot of which is being questioned by citizens and lawmakers. “People have lost faith in the ability of the vaccine to work,” Biden said, adding that “it matters what a president and the vice president do.” This came as a complete reversal of what the Vice President-elect Kamala Harris had said earlier this year: suggesting in September that she would not trust any vaccine approved by US public health officials during the Trump presidency.