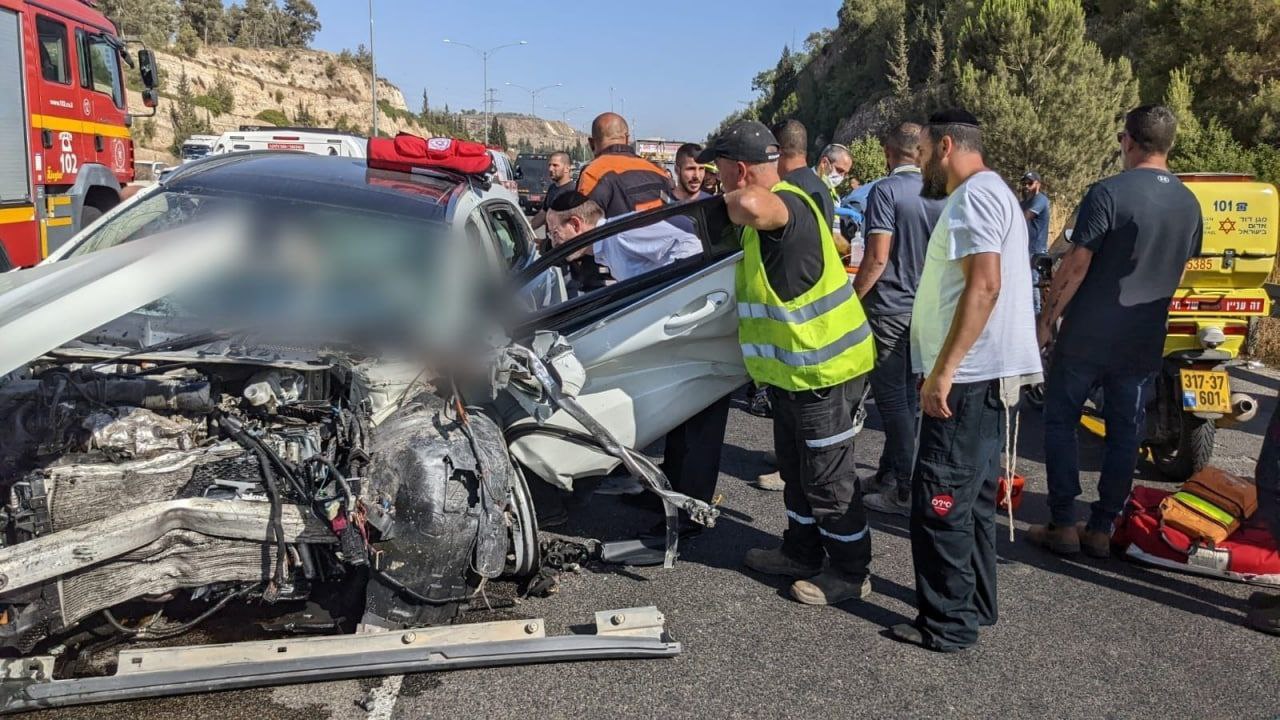 One Dead, Another in Critical Condition in Fatal Car Crash in Israel.

The Israeli police opened an investigation following a serious car accident on Highway-6 near the Nachshonim interchange involving two vehicles.

According to medical personnel who responded to the scene, as a result of the accident, two occupants of the vehicle were injured when the death of a 50-year-old was determined on the spot. The other 40-year-old wounded driver was transported to Tel Hashomer Medical Center in critical condition.

The initial examination of the circumstances of the car accident revealed that one of the vehicles involved in the accident made a U-turn, drove in the opposite direction, and then hit the vehicle in front of him head-on.

A senior Paramedic at MDA, Azriel Gross, said: “When we arrived at the scene of the accident, we saw 2 vehicles with severe damage to the front. Two men were trapped in the vehicles, one of them was unconscious. After extricating both of them, we had to determine his death. A man in his 40s who was conscious was treated on the spot and was taken to the hospital in an intensive care unit while he was anesthetized and respiration in a critical condition. ”

As a result of the accident, Road 6 from the Nachshonim interchange to the south was closed and the drivers were asked to move in alternative directions.