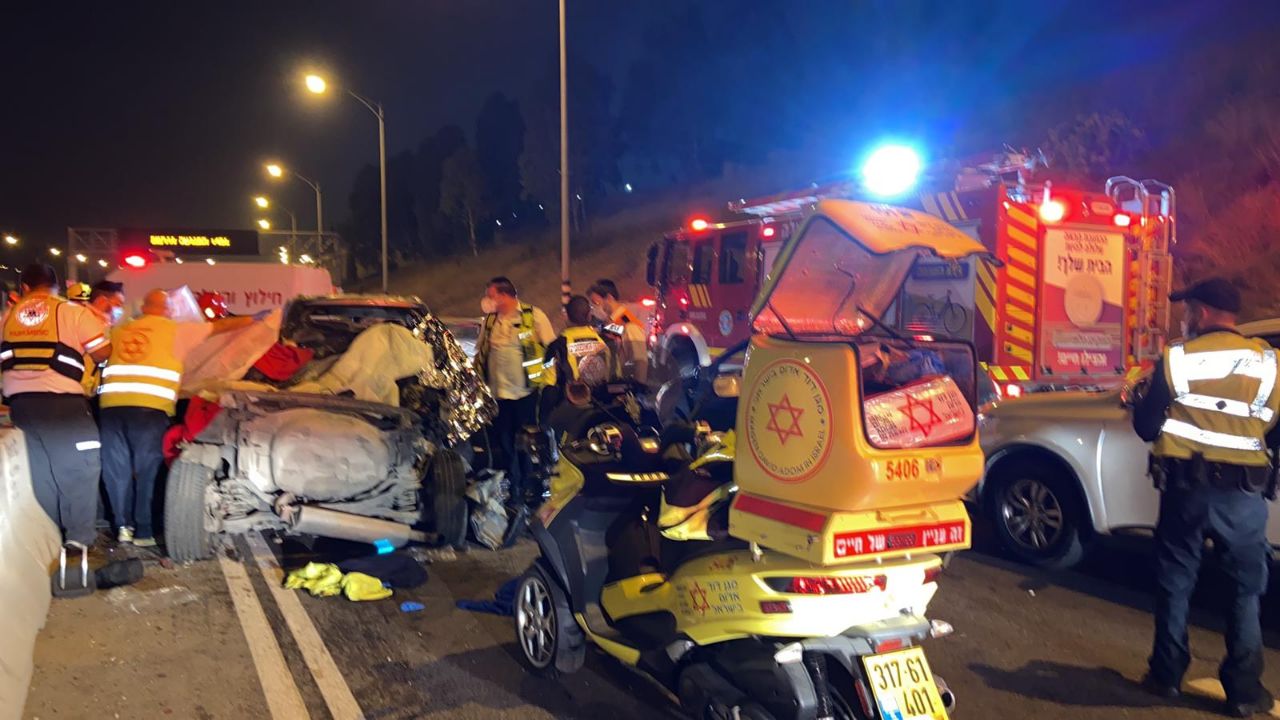 One dead, four injured in a serious car accident in Ayalon, Israel.

A 52-year-old man died in a serious 4-car accident that occurred early Friday morning in the Ayalon neighborhood in Israel.

Emergency personnel responded to a report of a serious 4-car accident that occurred on Highway 431 near the Nesharim intersection, where four cars were involved in a serious collision.

MDA responded to the scene and determined the death of a 52-year-old man that died in the results of the accident.

In addition, MDA treated a 40-year-old man that was critically injured, unconscious, with several systematic injuries plus, two other people ages 18 and 25, were lightly injured to the head, chest, and limb.