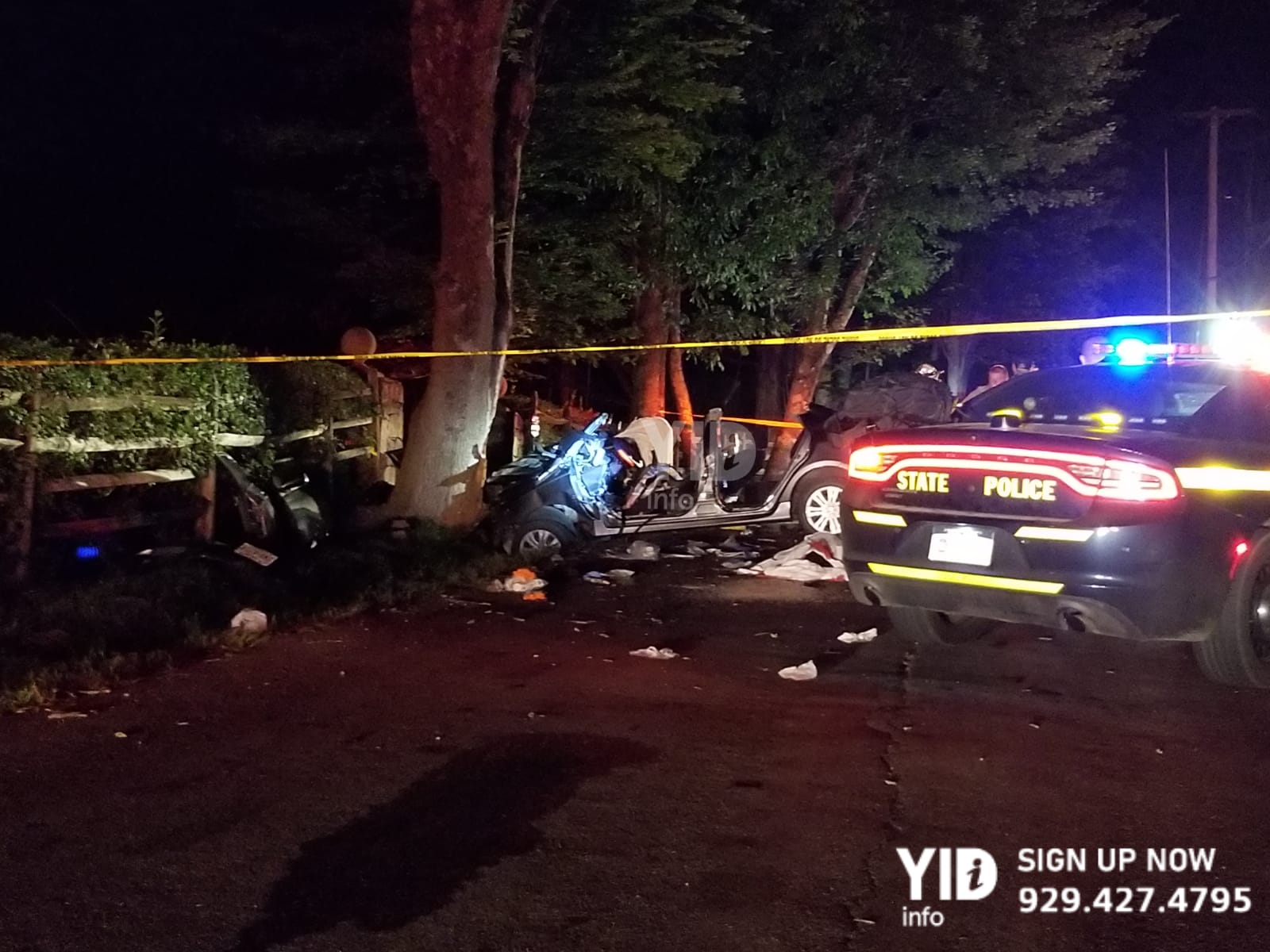 One dead, two injured in major car accident in the Catskills.

One dead, two injured in a major car accident early Sunday morning in the Catskills.

At around 4:00 am, Catskills Hatzolah and Several other emergency agencies responded to Old Glen Wild Road and Marsh Road in Mountain Dale, for a major car accident involving people pinned in the car.

Sources tell YidInfo.net that three friends were partying at a home late Saturday night/early Sunday morning where alcohol was present at the party, the occupants including the driver enjoyed some of it that led to the vehicle being driven home by one of the males under the influence, later on their way home the vehicle collided with another car on Old Glen Wild Road.

The driver and one of the passengers were transported to Orange Regional Hospital, one in critical condition with a severe leg injury and the other one which was not seriously injured, both patients were listed in stable condition.

Mountain Dale police closed part of Old Glen Wild Road for an investigation. The driver is awaited to face homicide charges plus DWI. Chesed Shel Emes or Misaskim were not needed.