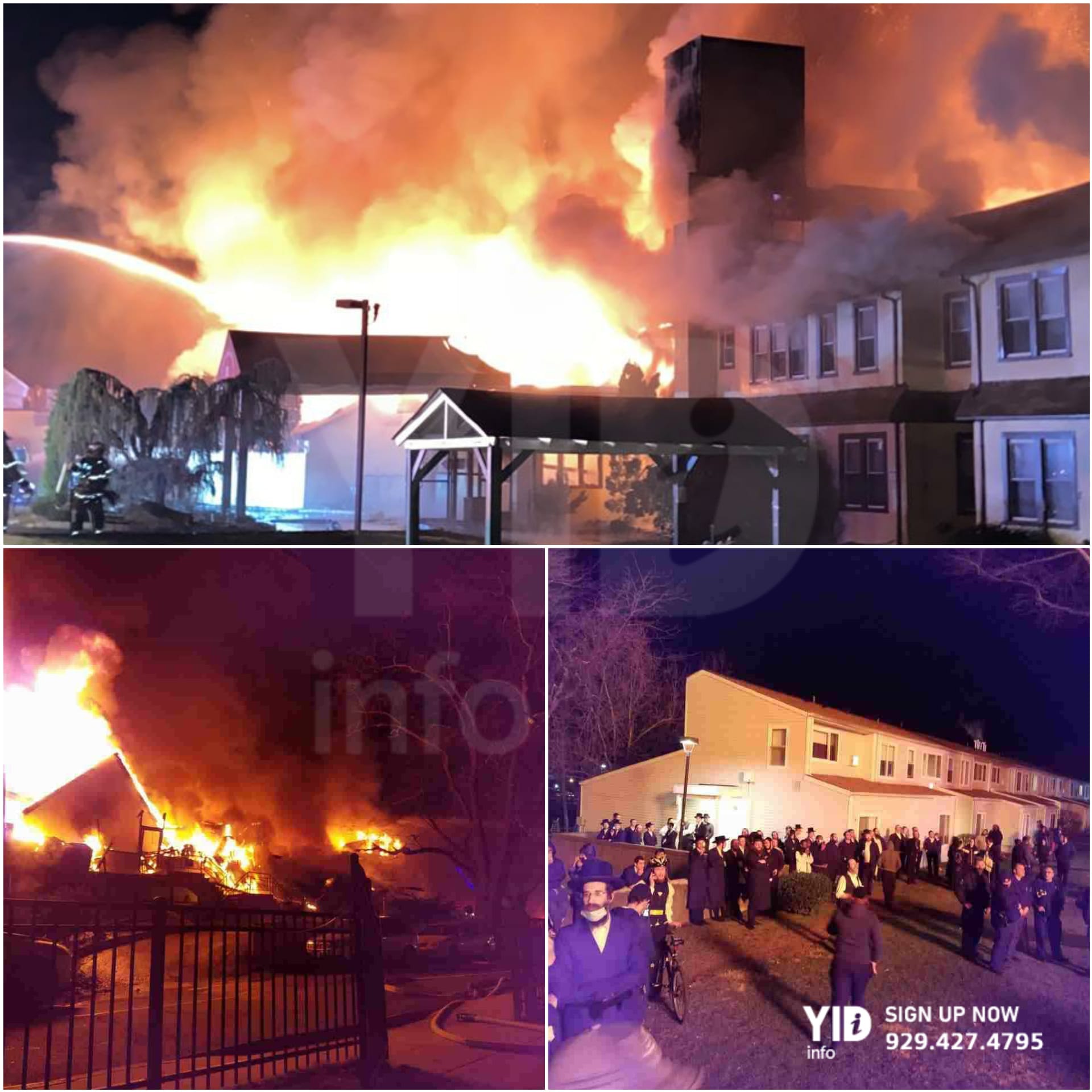 A fire broke out in a nursing home last night in Monsey, taking the life of one resident and leaving one firefighter unaccounted for. The fire erupted at 12:52 and quickly spread, engulfing the building in flames and forcing the authorities to evacuate the resident’s. Chaveirim of Rockland arranged school buses to transport the elderly people to the surrounding hospitals and available residences.

Within twenty minutes the fire was upgraded to a third alarm fire, within an hour of the alarm being sounded the fire ripped through most of the building and all three stories collapsed.

Around 3 o’clock the surrounding hospitals were full. Good Samaritan, Westchester and NYACK were all full, and Hackensack was the only one still accepting patients.

So far one resident has died and one firefighter has been unaccounted for, The fire department says they are currently looking for that firefighter in the rubble.

Rockland County Fire Coordinator Chris Kear help a press briefing this morning, he stated that
“There is a joint investigation currently going on with the supreme Valley police department, the Rockland County Sheriff’s fire Investigation Unit, the state police and the fire investigators from New York State Office of Emergency Services. and that “There has been no speculation of any cause at this time”.

Chaverim Of Rockland volunteers seen giving out coffee and light refreshments during the night to the dozens of first responders battling the fire in Spring Valley, in addition to being a tremendous asset to the fire department and helping out where needed.

Hatzalah was also on scene, along with KJ Hatzolah who came to Monsey to assist.

In addition many other fire departments came, including the FDNY