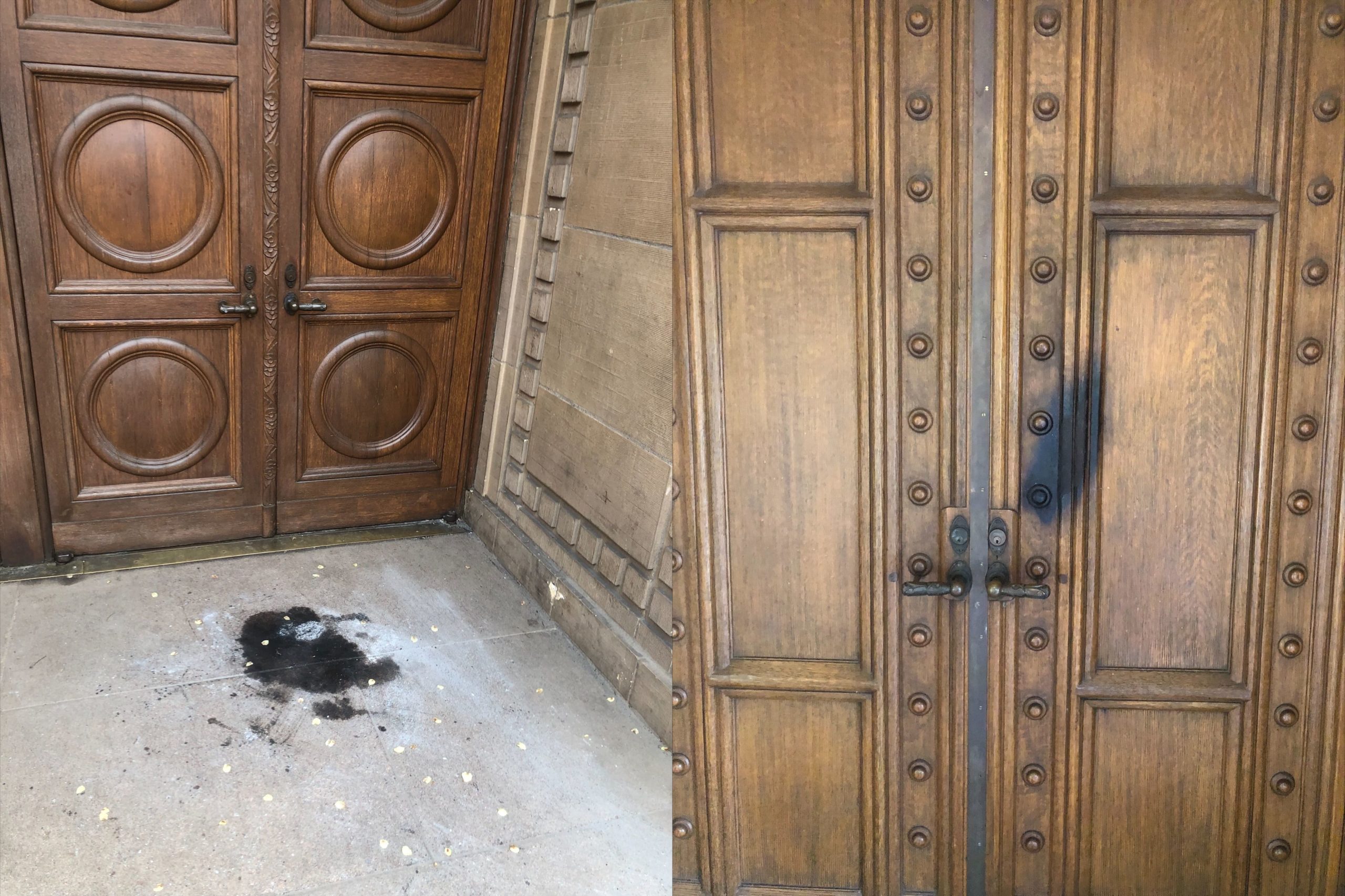 A historic synagogue in Oregon has witnessed an act of antisemitism wherein the perpetrators lit a fire and scrawled anti-Semitic graffiti to vandalize the holy site.

Congregation Beth Israel, which was completed in 1928 and is on the National Registry of Historic Places, was discovered with burn marks and antisemitic graffiti this Monday in Portland, Oregon.

Although the synagogue wasn’t significantly damaged, scorch marks from the fire could be seen outside the building, both on the ground and on a door. According to local media reports, the words “Die Juden” were spraypainted outside as well.

Writing about the incident on Facebook, Rabbi Michael Z. Cahana said: “  … last night our historic sanctuary was marked with a hateful anti-Semitic slogan. There was also minor fire damage, which is something we have seen before. However, having this Nazi referenced statement spray-painted in yellow on our building, just a few days after we commemorated Yom Hashoah pains my heart. …

“Thank G-d, no one was hurt in last night’s incident and the physical damage to our campus is minimal. But the damage to our sense of safety is harmed. For that, we will work with the police, the FBI, and other law-enforcement agencies to apprehend those responsibly and to ensure this incident is not repeated,” he wrote.

“We will not be deterred,” he continued. “We will not be made to feel unsafe in our own house of worship. We are not the slaves of Egypt but a free people, confident and sure. That is the best response to hatred in the past and in the present.”