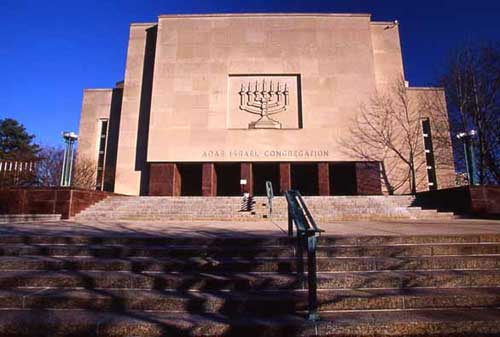 The Union of Orthodox Jewish Congregations of America has beseeched the US Congress to pass the bipartisan legislation that would enhance the security of the Jewish community and other faith groups while at prayer.

On Tuesday, the Orthodox Union called on the US Senate Homeland Security and Governmental Affairs Committee to approve the Pray Safe Act (S.2123) at its committee markup session on Wednesday. The Pray Safe legislation would establish a federal clearinghouse on safety and security to govern best practices for faith-based organizations including synagogues.

As it stands, the Pray Safe Act would direct the Secretary of the Department of Homeland Security, working with the Department of Justice, the Executive Director of the White House Office of Faith-Based and Neighborhood Partnerships, and other agencies, to create the clearinghouse, which would provide at-risk houses of worship and other faith-based organizations with the most up-to-date safety and security recommendations, as well as information on federal resources and relevant grant programs.

Drafted by Senators Rob Portman (R-OH) and Maggie Hassan (D-NH), the act will ensure safety for religious institutes that are often subject to assaults and attacks. Amidst the rising rates of anti-semitism, American Jews have suffered the worst atrocity in their history in Oct. 2018, when a neo-Nazi gunman burst into the “Tree of Life” synagogue in Pittsburgh, murdering 11 worshipers and wounding six others, including four police officers. After the incident, several smaller attacks have also occurred across the country.