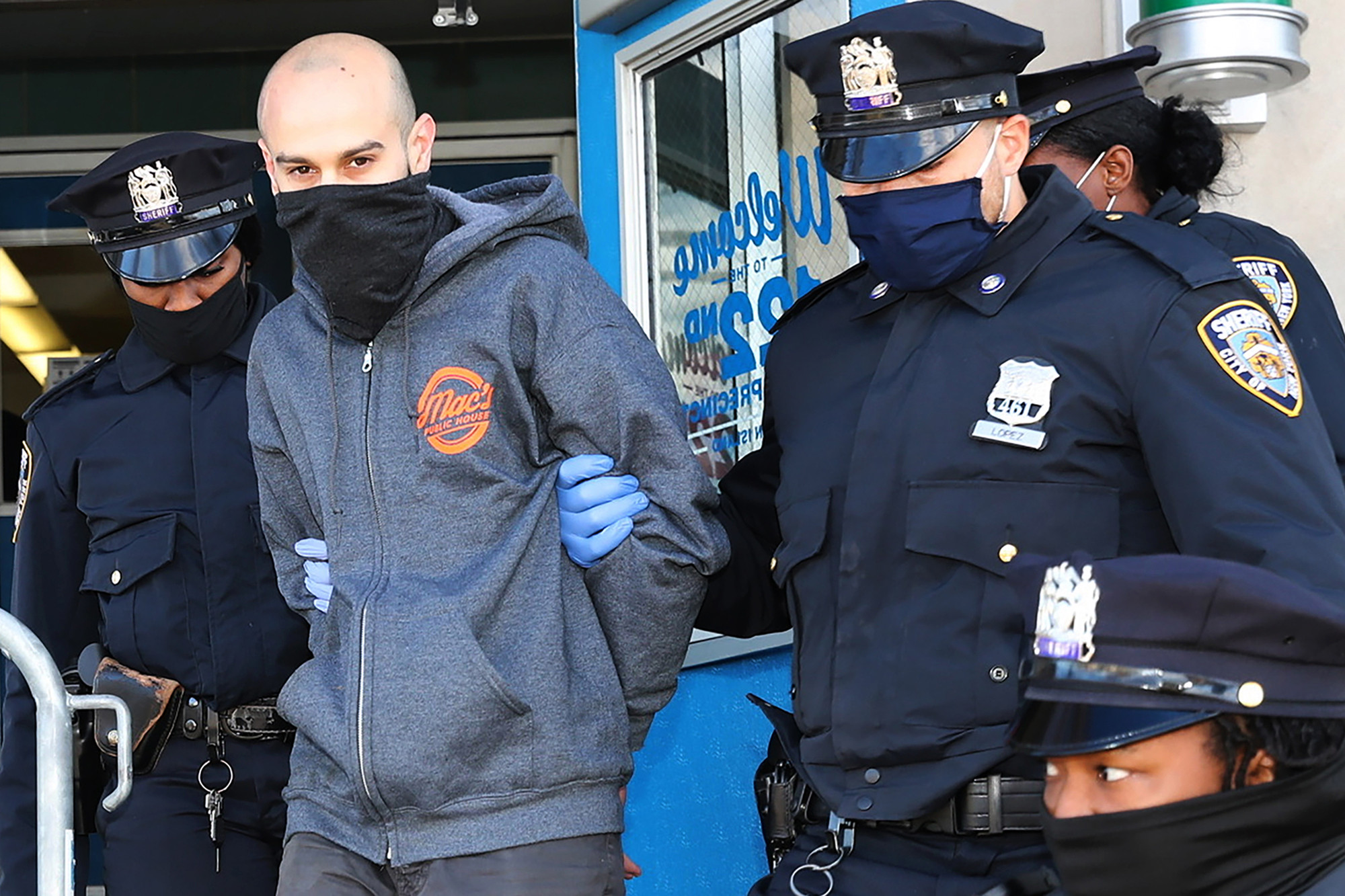 Owner of Defiant SI Bar Arrested And Released Again, This Time For Driving into Officer

Creeping in and out of controversy, this time with 10 charges slapped against him, Danny Presti, co-owner of Mac’s Public House, who had been arrested for flouting zonal restrictions last week, was once again cuffed on Sunday, after midnight, and released in the morning. This time, Presti was charged for allegedly driving into a sheriff’s sergeant who was trying to arrest him for illegally staying open.

A bar that has become a site for protests and anti-police demonstrations, ever since it was shuttered by authorities due to the defiance of restrictions Mac’s Public House, has been at the center of controversy since last week. The joint stands in an area designated by Gov. Andrew Cuomo as an orange zone because of spiking COVID-19 rates and was not supposed to be serving customers indoors. But the owners had declared the bar an “autonomous zone,” and continued to remain open despite all other businesses complying with the orders.

Danny Presti, co-owner of Mac’s Public House, was arrested just after midnight on Sunday for going rogue and allegedly driving a new turquoise Jeep into 30-year-old New York City Sheriff sergeant Kenneth Matos, breaking his legs and leaving him clinging to the hood for around 300 feet before being stopped by a sheriff’s car. The bar owner plowed into the officer “intentionally and with depraved indifference to human life,” The charge sheet also alleges that the bar owner “drove with Sgt. Matos on the hood of his motor vehicle down South Railroad Avenue turned left onto Lincoln Avenue, and made another left onto North Railroad before being stopped by a sheriff’s motor vehicle.” According to sources, the officer suffered fractured bones, including both tibias.

Following his arrest on Sunday, was hit with 10 charges Sunday, including third-degree assault with intent to cause physical injury, menacing, reckless driving, resisting arrest and unlawfully fleeing a police officer.

He was arraigned from inside Staten Island’s 122nd Precinct on Sunday morning and released on his own recognizance despite the slew of serious charges. It was unclear why he was released, as the assault rap is bail-eligible. The Staten Island DA’s office did not respond to requests for comment.