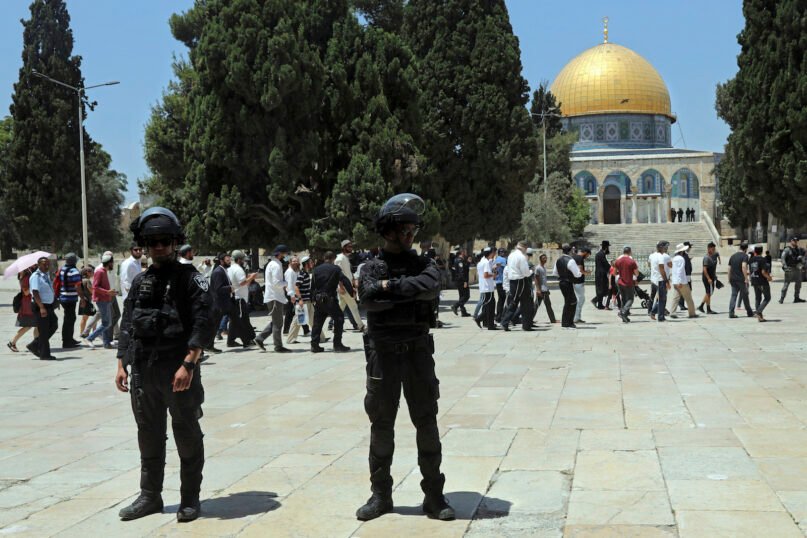 Palestinians Clash With Police At Temple Mount During Tisha B’Av

Dozens of Arab Palestinians flocked towards Temple Mount on Tisha B’Av, in a purported attempt to disrupt celebrations, and ended up clashing with the police.

The mob gathered on Sunday at the site of the al-Aqsa Mosque, in response to calls to prevent Jewish worshipers from reaching the site on the occasion of the fast of Tisha B’Av, which commemorates the destruction of the two Jewish temples that stood there.

The police, who responded with riot gear, prevented what could have been a major act of violence, and contained the mishap. The police said that several young men had thrown stones at the police, who then dispersed the demonstrators at the scene and five protesters were arrested. During the clashes, the Palestine Red Crescent reported a number of injuries, with the majority treated in the field.

Meanwhile, the Israeli Prime Minister’s Office issued a statement saying that Bennett issued a directive that “Jews’ visits to the Temple Mount continue in an orderly and safe [fashion] while maintaining order at the site.”  A subsequent statement from Bennett thanked Bar-Lev and Shabtai for their handling of the events.