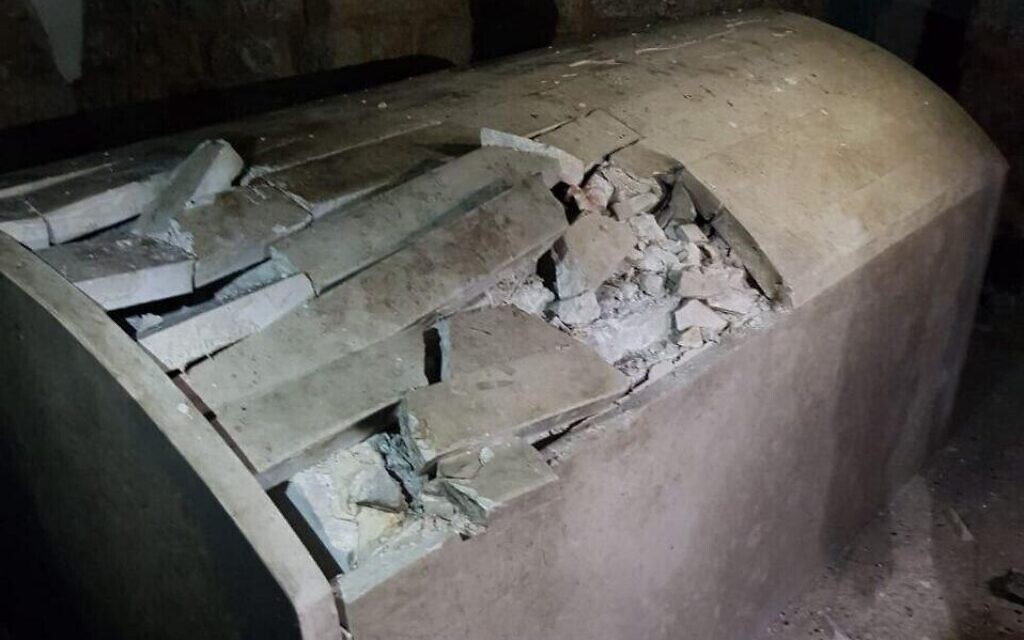 In a vile act against the Jewish faith, a bunch of Palestinian vandals broke into Joseph’s Tomb in Nablus on Saturday night and set fire to parts of the site while smashing parts of the tomb structure.

According to Israel Hayom who reported the incident on Sunday, the attackers also reportedly damaged a large chandelier at the site, shattered a water tank, and broke an electrical cabinet.

Soon after the incident, Israel Defense Forces Spokesperson Brig. Gen. Ran Kochav told Army Radio that the vandals had been captured by Palestinian Authority security forces. “There was a march by 100 Palestinians from Nablus to Joseph’s Tomb, and they rioted and set fire to the tomb,” said Kochav.

Reacting to the despicable act, Israeli Defense Minister Benny Gantz called the vandalism at the tomb “a grave event and a serious violation of freedom of worship in one of the holiest places for every Jew. It violates the feelings of the entire Jewish nation, especially when it occurs during the Muslim holy month.” He further vowed that “the State of Israel will take action to ensure that the site will be refurbished and quickly returned to its original condition. In addition, we will take all the measures necessary to prevent such incidents.”