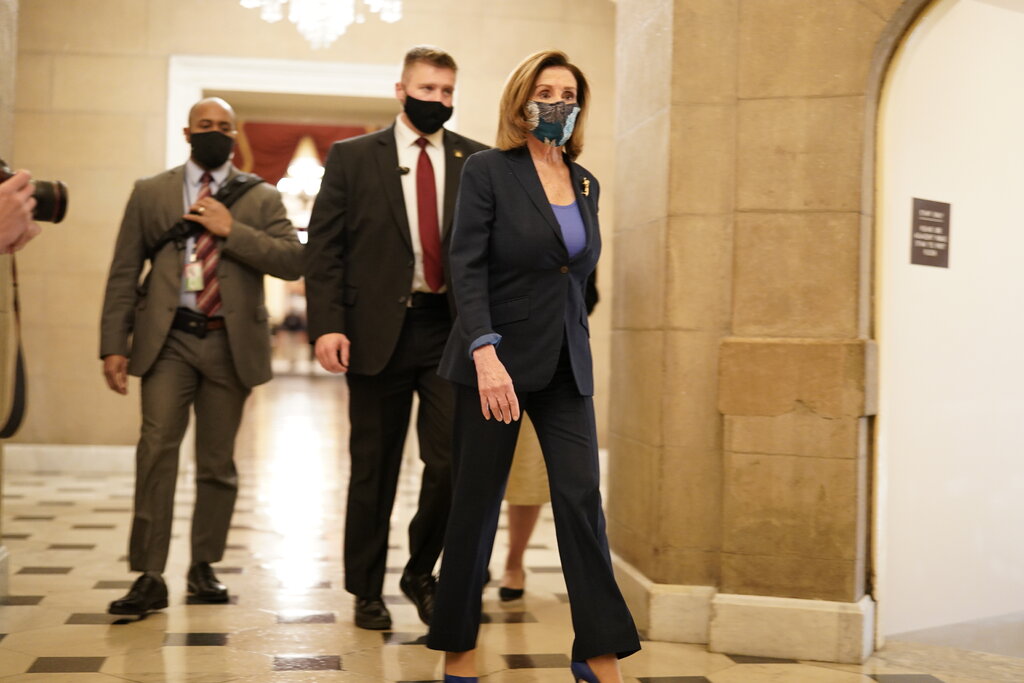 Moving forth with President Trump’s second impeachment vote, House Speaker Nancy Pelosi on Tuesday named nine managers who will commence the proceedings in The House on Wednesday.

The second impeachment vote in on the President’s charts today, for allegedly inciting last week’s Capitol riot. The impeachment is expected to pass with overwhelming Democratic support and at least three Republican votes, including third-ranking House Republican, Rep. Liz Cheney, who said Tuesday she will vote to impeach President Trump for allegedly inciting rioters to storm the Capitol last week.

In a statement, Cheney said, “I will vote to impeach the President” in response to the riot.“On January 6, 2021, a violent mob attacked the United States Capitol to obstruct the process of our democracy and stop the counting of presidential electoral votes. This insurrection caused injury, death, and destruction in the most sacred space in our Republic,” Cheney wrote. She added: “None of this would have happened without the President. The President could have immediately and forcefully intervened to stop the violence. He did not. There has never been a greater betrayal by a President of the United States of his office and his oath to the Constitution.”

Rep. Jamie Raskin (D-Md.) will serve as the lead impeachment manager, and Rep. Eric Swalwell, who faced recent controversy for his relationship with a Chinese spy, has also been chosen as part of the 9 members. Impeachment managers are in charge of presenting the charges, giving them significant public attention, and associating their own credibility with the case. They are particularly prominent during Senate trials.

Pelosi said in a statement: “It is their constitutional and patriotic duty to present the case for the President’s impeachment and removal. They will do so guided by their great love of country, determination to protect our democracy, and loyalty to our oath to the Constitution. Our Managers will honor their duty to defend democracy For The People with great solemnity, prayerfulness, and urgency.”

The other impeachment managers are Reps. Diana DeGette of Colorado, David Cicilline of Rhode Island, Joaquin Castro of Texas, Ted Lieu of California, Stacey Plaskett of the Virgin Islands, Joe Neguse of Colorado, and Madeleine Dean of Pennsylvania.

Pelosi spokesman Drew Hammill noted the diversity of the managers, tweeting, “7/9 are women, people of color or LGBTQ.” If the Democrats are successful in their agenda, this will be the fourth time in history that a president is impeached. Presidents Andrew Johnson and Bill Clinton also were impeached. Richard Nixon resigned when impeachment was inevitable.