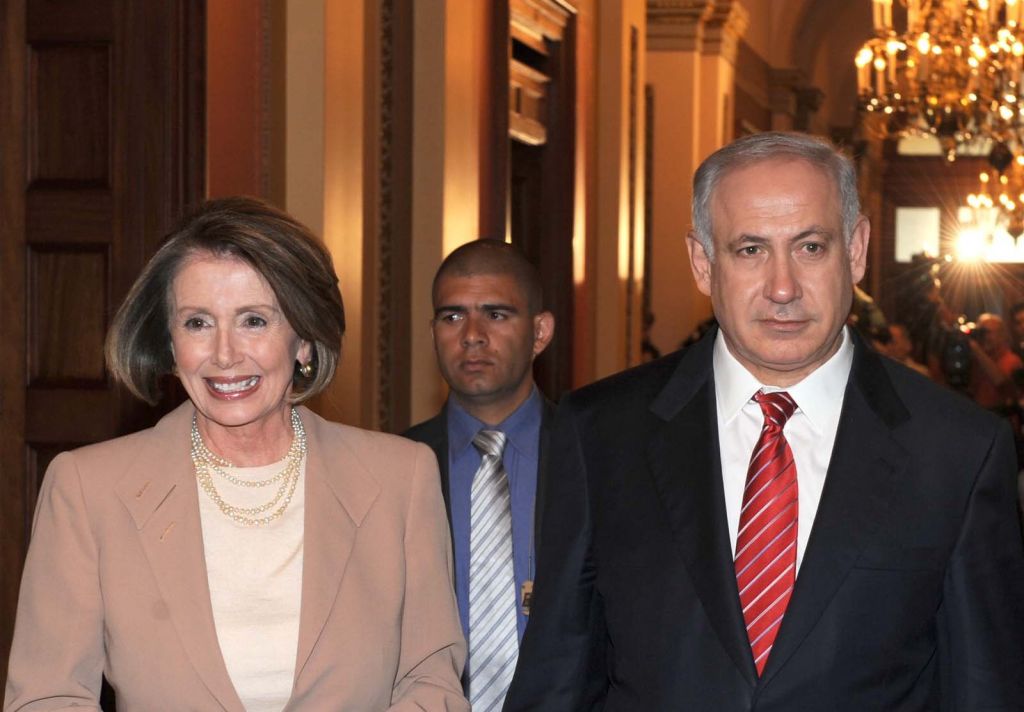 Pelosi, Netanyahu Get On Call To Discuss Israel’s COVID Response

Amidst international pressure surmounting on Israel to extend its vaccination program to Palestinians in the West Bank, Prime Minister Benjamin Netanyahu got on a call with US House of RepresentativesSpeaker Nancy Pelosi, in order to discuss the country’s COVID response.

Soon after the call, Pelosi took to Twitter and wrote, “Today, I spoke with [the Israeli prime minister] to reaffirm the unbreakable bond between our nations and Congress’s unwavering support for a safe and secure Israel. We discussed COVID response and our shared hope for regional peace, including a just, stable, and an enduring two-state solution.”Pelosi’s tweet was illustrated with a photo of Pelosi in her office, taking notes at a desk that overlooks the National Mall.

According to media reports, Netanyahu initiated the call, and it was lengthy and friendly. It comes just a month before Israel’s elections. It is quite possible that the two officials spoke over the pressure on Israel to supply vaccines to the Palestinians, especially since several Democrats have also criticized Israel for the lack thereof.

In response to the ongoing pressure, Netanyahu this week ordered the delivery of thousands of vaccines to the Palestinians, reportedly after pressure from the U.S. secretary of state, Antony Blinken, but the likelihood is that U.S. pressure will not let up until Netanyahu delivers a more comprehensive vaccine rollout for the Palestinians. Israel says that prior agreements and international law do not oblige it to vaccinate Palestinians living under the Palestinian Authority.

As analyzed by experts, Pelosi’s bit in the tweet where she stated “just, stable and enduring two-state solution”- might refer to the fact that Democrats who are now controlling the White House and both chambers of Congress, will put Israel under pressure to abandon the Trump administration peace plan, which was vague about whether the Palestinians would achieve statehood, and included the prospect of Israel annexing parts of the West Bank.

On the other hand, Pelosi’s affirmation of the “unbreakable bond between our nations and Congress’s unwavering support for a safe and secure Israel” may have come as Israel and pro-Israel groups are apprehensive at the ascent within the Democratic congressional caucus of lawmakers who have been sharply critical of Israel.