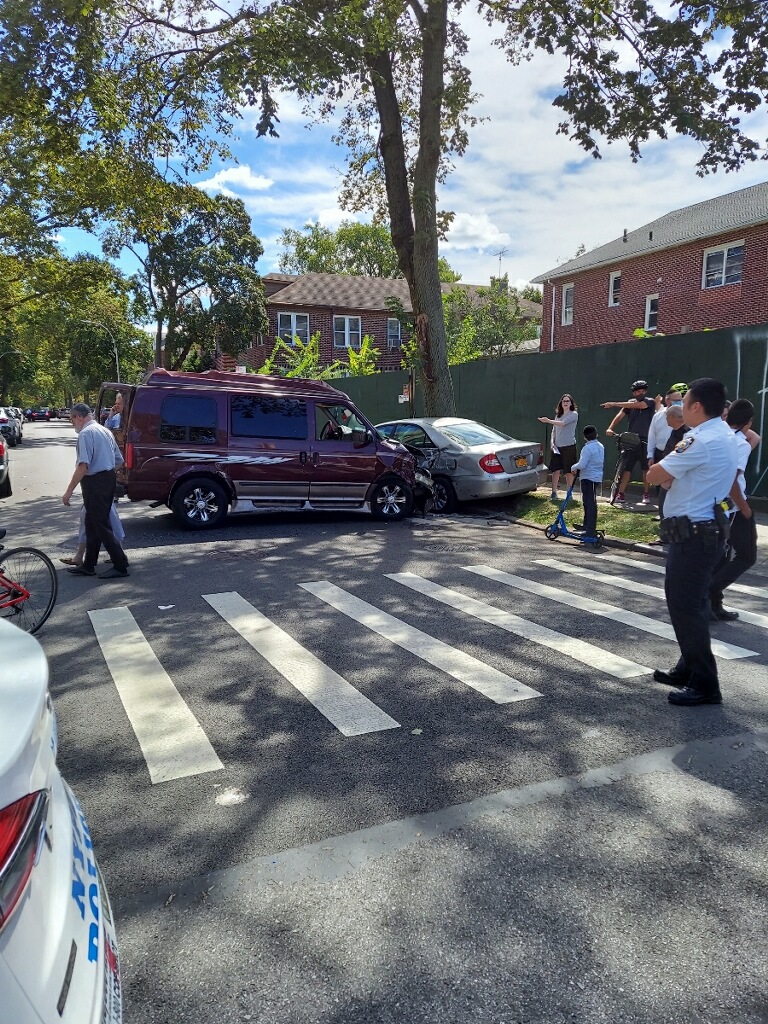 Perpetrator arrested in Flatbush for attempting to steal a motorcycle and fleeing the scene of an accident + Assault.

The incident unfolded on Sunday afternoon at approximately 1:30 pm when the perpetrator pulled up in front of a house in Flatbush on Avenue M and East 7th Street, attempting to steal a motorcycle by trying to put it into his trunk and taking off.

Luckily enough the owner of the motorcycle realized that his bike is being stolen ran over to the van and tried stopping him from committing the crime.

The owner ran after the van that attempted to take off with his bike, while the driver of the van began fleeing the scene with the boy hanging onto the van.

After struggling with the suspect to stop the van, the suspect driving the van ended up crashing into a car at East 7 and Avenue M.

A physical fight broke out between the owner of the bike and the driver of the van, that’s when Flatbush Shomrim were called by bystanders.

Surveillance footage was obtained by Shomrim and the suspect was arrested and taken into custody by the 66 Precinct with the help of Flatbush Shomrim.

The victim was treated by Hatzoalah on the scene with minor injuries.