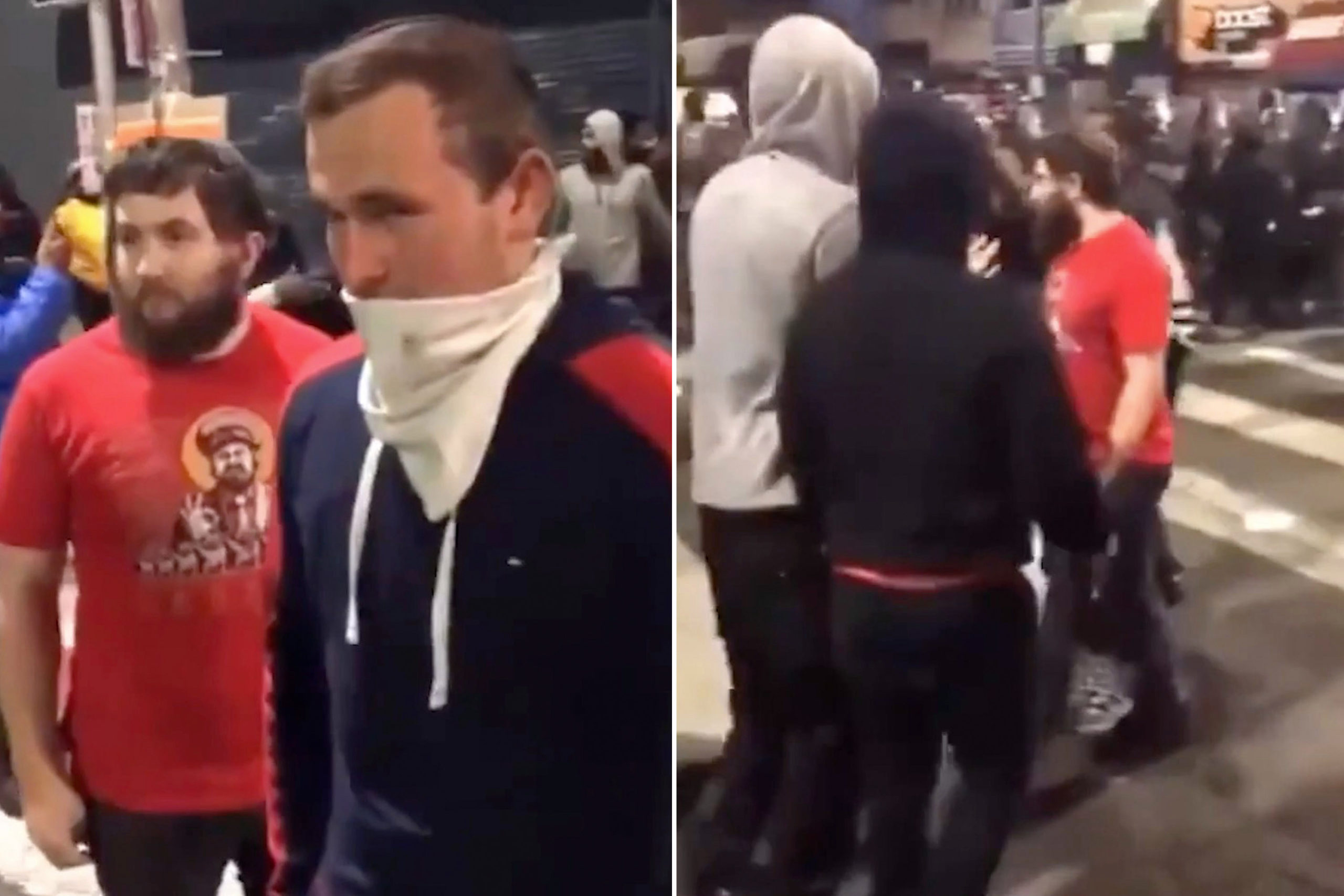 On Thursday, an unruly mob of Black Lives Matter protesters reportedly chased away a group of Jewish men who wanted to show their solidarity towards the demonstrations against racial injustice, following the shooting of Walter Wallace Jr. in Philadelphia.

In an absurd video posted online, an angry BLM mob was seen violently chasing away a group of Jewish men who had attempted to lend their support at the event. Ridiculed as being part of the “synagogue of Satan,” the video disturbingly narrated the sequence of events that took place in Philadelphia on Wednesday night, after the curfew was imposed in the city.

The video shows three men talking to each other, with one man addressing the Jewish men saying, “Amalek (the Amalek tribe, which was the first enemy of the ancient Israelites) what y’all doing down here? You don’t live here. Y’all know we the real Jews, right?” continued the man, who appeared to be filming the clip.

After this, the minute-long video features another man, who told the group, “This ain’t your fight. Y’all gotta go.” At this point other members of the BLM protest start ganging up on them, shouting for them to leave.

To this, the Jewish men who were being confronted replied politely, “We’re just showing solidarity.” To this, the crowd demanded the group to leave the premises, despite the men agreeing to leave. The protesters then surrounded the men and began shouting, “Get the f–k out!”

This was when things truly got physical and violent. One of the members of the protest group, hiding behind a full-face mask, was then seen violently shoving one of the Jewish men, as several appeared to follow suit even though the men had turned to leave the area.

“Philly waking up. Revelation 2:09, the synagogue of Satan,” the man who confronted them was heard saying as they left the scene. This comment comes with reference to the extremists who were part of the Black Hebrew Israelite (BHI) movement, which is a fringe religious movement that rejects widely accepted definitions of Judaism and asserts that people of color are the true children of Israel.

Condemning this attack, Liora Rez, director of the Stop Antisemitism watchdog group, told the Jewish Journal that throughout recent protests “Jews have been right by the side of the African American community. This physical and verbal assault is a spit in our faces. We have enough division in this country, the African American leaders need to step up and denounce this immediately!”