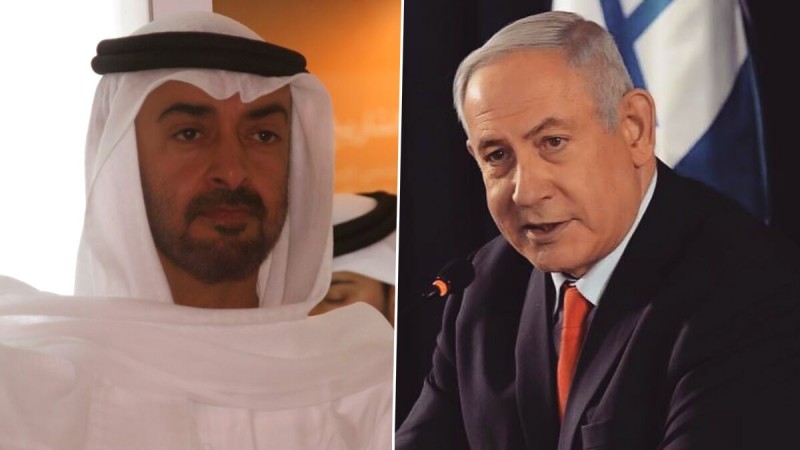 Both, Israeli Prime Minister Benjamin Netanyahu and Abu Dhabi’s  Crown Prince Mohammed bin Zayed Al Nahyan have been nominated for the Nobel Peace Prize 2021 for their stand in establishing diplomatic relations between the two countries, with the historic Abraham Accords which were signed in September, this year.

Submitted on Monday by Lord David Trimble, the former first minister of Northern Ireland the nomination will be reviewed by a committee for a prize to be considered next year. Trimble, who himself was a recipient of the Nobel Peace Prize, found strong similarities between his own Good Friday Agreement, which ended the political conflict in Northern Ireland, and Israel’s peace deals with its Arab neighbors, which is partly why he nominated both Netanyahu and Crown Prince of Abu Dhabi Mohammed bin Zayed for next year’s prize.

The Good Friday Agreement was a pair of agreements signed on April 10, 1998, that ended most of the violence of the Troubles, a political conflict in Northern Ireland that had ensued since the late 1960s. In response to the nature of these conflicts and the need for them to be normalized, Trimble wrote, “I know from my own experience how dangerous, damaging and corrosive are decades of violent ill will between close neighbors.”

The Abraham Accords, on the other hand, have been brokered by the Trump administration and furthered by UAE, Bahrain, and Israel, to advance peace in the Middle East region, and is a testament to the “bold diplomacy and vision” of the three leaders. Due to the involvement of all three leaders, US President Donald Trump was also nominated in September for this year’s Nobel Peace Prize for helping broker the peace agreement between Israel and the United Arab Emirates. Christian Tybring-Gjedde, a member of the Norwegian Parliament, had nominated the President for this move.

Netanyahu’s Office reported the nomination on Tuesday and noted that the Nobel Prize Committee will be inclined to consider the nomination since Trimble is a Nobel Peace Prize laureate.