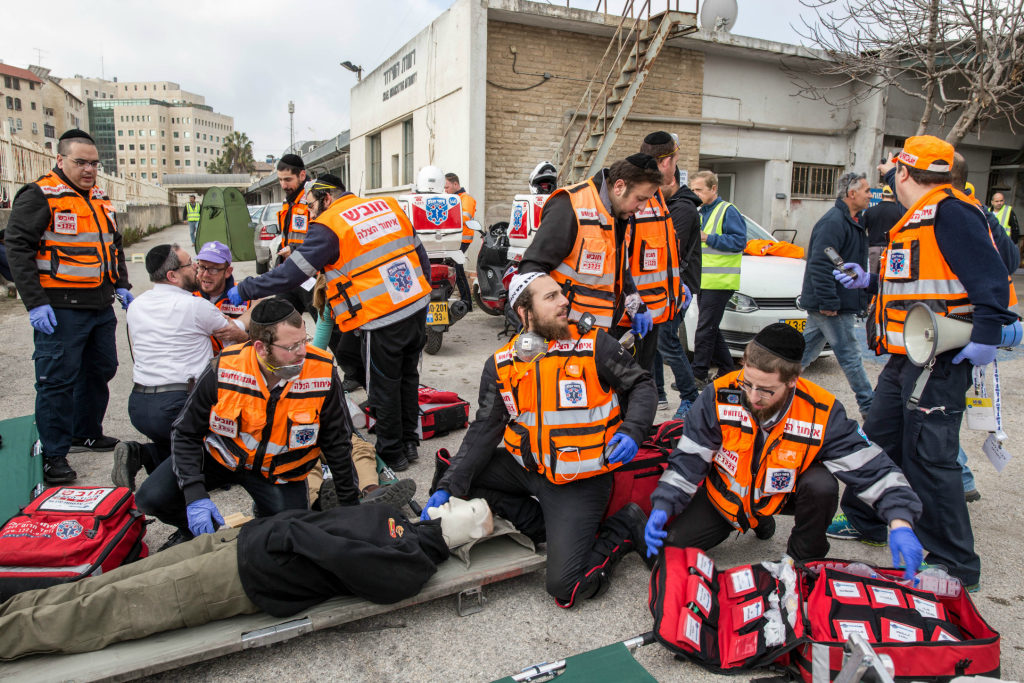 The local police and the United Hatzalah of Israel are joining forces to ensure that tea Yartzheit of Rachel Imeinu just south Jerusalem will be peaceful and secured.

The Yartzheit will begin on Motzei Shabbos and continue until sunset on Sunday.

To ensure that the religious event will be peaceful, hundreds of police officers and border police officers, together with ushers and crowd control personnel will be spread across the southern tip of Jerusalem and inside the compound of the kever itself.

Aside from providing security, the aforementioned people will also direct traffic away from the area and the roads leading to the kever will be closed to all traffic.

Only shuttle busses will be allowed to leave from Teddy Stadium and take the visitors to and from the Kever.

The local police are also expected to enforce a limit on the maximum capacity of the people allowed inside the kever at any given time.

Meanwhile, United Hatzalah has been tasked with providing medical security for the event with its ambulances, and medical teams deployed to the site and the surrounding area.

Eli Beer, the President and Founder of United Hatzalah revealed they will have teams both at the kever, on the roads, and at Teddy Stadium who will be active around the clock for the entirety of the event.