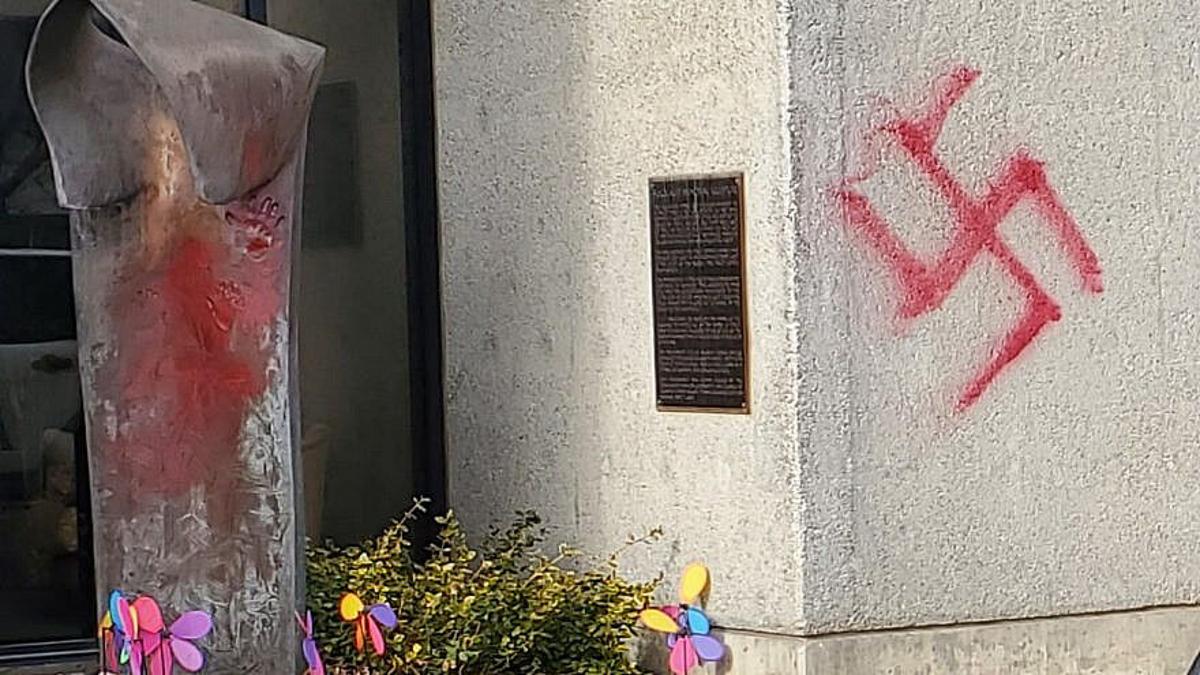 A Police investigation is currently underway in Spokane, Washington, where law enforcement officials are investigating a hate crime in which swastikas were smeared on a synagogue in the city’s South Hill neighborhood on Monday morning.

On Tuesday, Spokane police spokesperson John O’Brien said the Temple Beth Shalom reported the antisemitic graffiti at 9:20 a.m. on Monday. When officers arrived at the building, they found one side of it, along with a Holocaust memorial, vandalized. O’Brien said officers spoke to employees, canvased the neighborhood for surveillance cameras, and looked for evidence. Officers also collected paint samples from the building for evidence. This is the second time in recent years that Temple Beth Shalom has been vandalized. In 2014, a swastika was painted on a concrete wall during a service on Yom Kippur, the holiest day of the year for the Jewish community.

Source: Forth Worth Star-Telegram

“(We) also grieve that members of our society carry such hatred,” read a post on the temple’s Facebook page. But where there is anger, sadness, and grief among the Beth Shalom community, the post makes it clear they won’t be giving in to fear. “We remain vigilant in our fight to protect everyone’s right to religious freedom and tolerance,” the post said. “We will not let these events deter us from living as Jews in our society.”

According to the synagogue’s surveillance camera system footage, a lone white, male suspect was spotted to have been at the center of the crime. O’Brien said the man was wearing blue jeans, black boots, a dark-colored jacket with hood, a dark-colored beanie style stocking cap, black gloves, a red mask, and sunglasses on his head. Police are investigating the vandalism as malicious harassment and it falls under Washington’s definition of a hate crime.

“Our community is in shock and in grief, and trying to be strong,” said Rabbi Tamar Malino, who has served at Temple Beth Shalom for five years, told the local CBS affiliate. “It’s very difficult to know that there are people that hate you that much for being Jewish and have the intention of expressing that,” she added.  “It’s very important for our community to continue living meaningful strong and Jewish lives and not be afraid to continue being who we are.”

As of Tuesday night, no arrests have been made in the incident that police are treating as a hate crime.