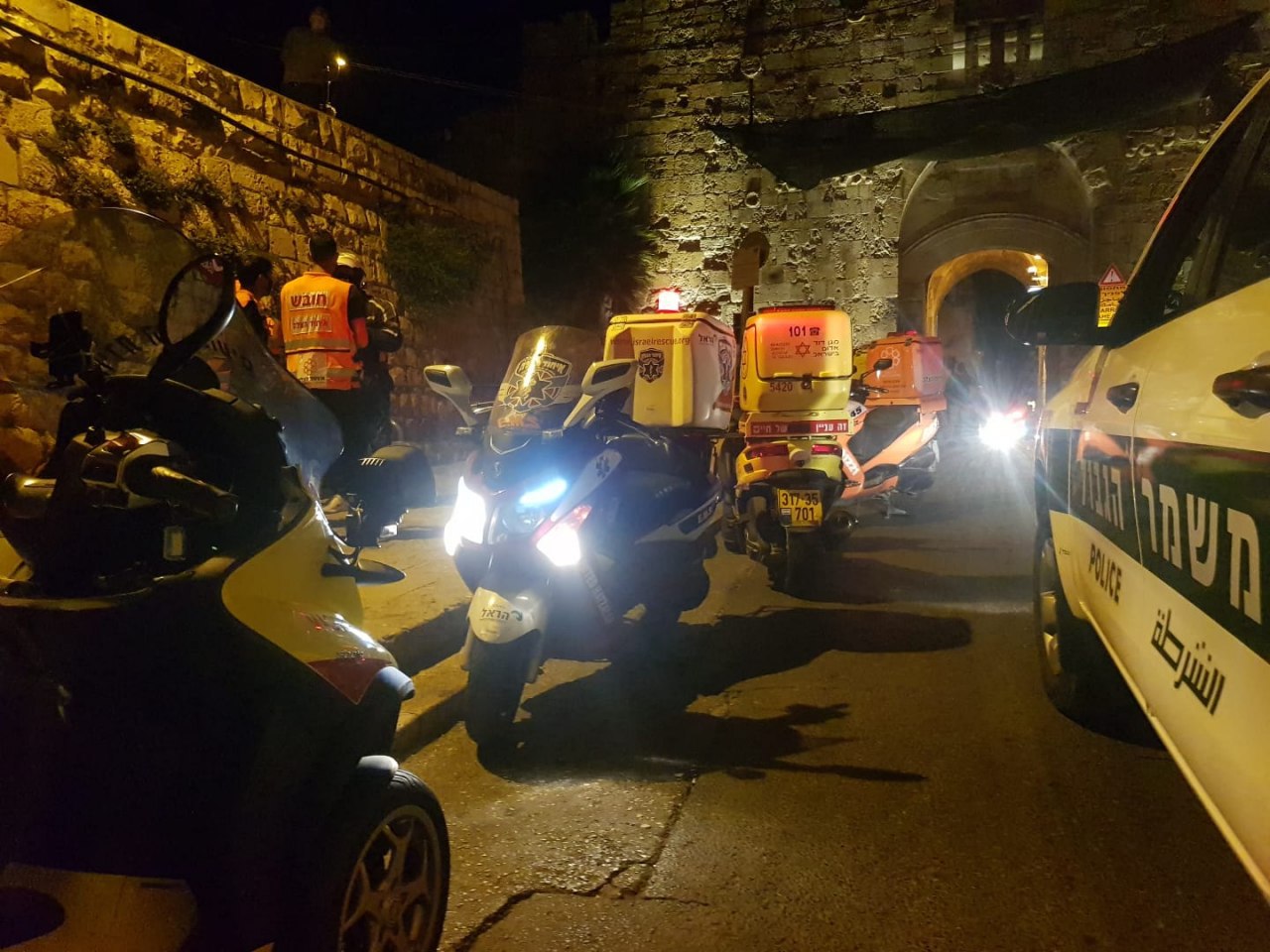 A police officer guarding the Lion Gate in the old city of Jerusalem was stabbed Sunday evening.

At around 8:40 pm Israeli time, a terrorist pulled a knife on an Israeli border police officer and stabbed him, wounding him lightly.

The police quickly responded, fired at the terrorists, and neutralized him.

Ichud Hatzolah’s paramedic Yechiel Stern arrived on scene and treated the stabbed victim, and said: “This is a young man who suffered from stab wounds. We gave him first aid and then he was transported to Shaare Tzedek Medical Center, at this point his condition is defined as moderate.”

ZAKA volunteers who responded determined the death of the 30-year-old terrorist.

A woman that was in the area of the incident was lightly injured and was transported to the hospital.Polic are investigating the incident.

Police responding to the Stabbing attack.

The knife used for the stabbing attack.