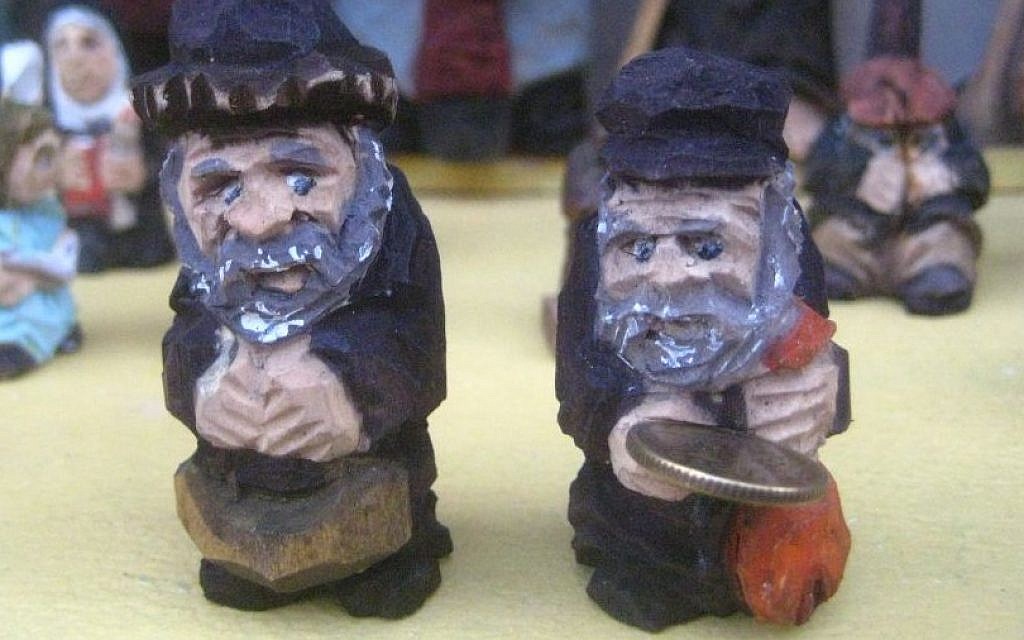 Supposedly adding a positive connotation to a bright yellow wax candle shaped like a Jew holding a coin, a Polish online gift shop removed its so-called “lucky Jew” figurines after protests by the Warsaw-based NEVER AGAIN Association. The online portal previously showed a photograph of the candle, with its wick placed in the center of the Jewish figure’s streimel, or hat, billing the product as a “Big Jew Candle.”

Antisemitic caricatures of orthodox Jews grasping coins are found to be a frequent sight in homes across Poland, but it was time to change this stereotypical narrative. The offensive item was called out by the NEVER AGAIN Association, a research and advocacy group that combats antisemitism and racism. Shocked that the online Lyson store, which specializes in products made from beeswax, was offering, as the group described it, a  “Jew-shaped candle so you can literally burn a Jew who is stereotypically holding a coin,” they demanded its immediate removal, which eventually happened on Monday.

Speaking to the media after the candle was taken off of the platform, Rafal Pankowski, NEVER AGAIN’S executive director said, The idea of burning a figure of a stereotypical Jew in a country where millions of Holocaust victims were burnt by the German Nazis is particularly disturbing. In the case of these candles, we can talk about the commercialization of dehumanization.”

As it stands, the “lucky Jew” figurines that are often found in Polish homes have gained popularity over the last 20 years. At one point, the figurines could even be purchased in the Polish parliament’s official gift shop, until protests from Jewish groups in 2017 stopped their continued sale. In Dec. 2019, the German-owned retail giant OBI removed similar products from 58 of its stores around Poland, including paintings of Jews wearing traditional religious items as they sat and carefully counted out their coins.

Although this imagery is defended in Poland as harmless totems designed to bring in financial good fortune, Jewish groups and historians have argued that they conjure up the dangerous stereotype of Jews as avaricious moneylenders that triggered pogroms and other anti-Jewish atrocities over the centuries.