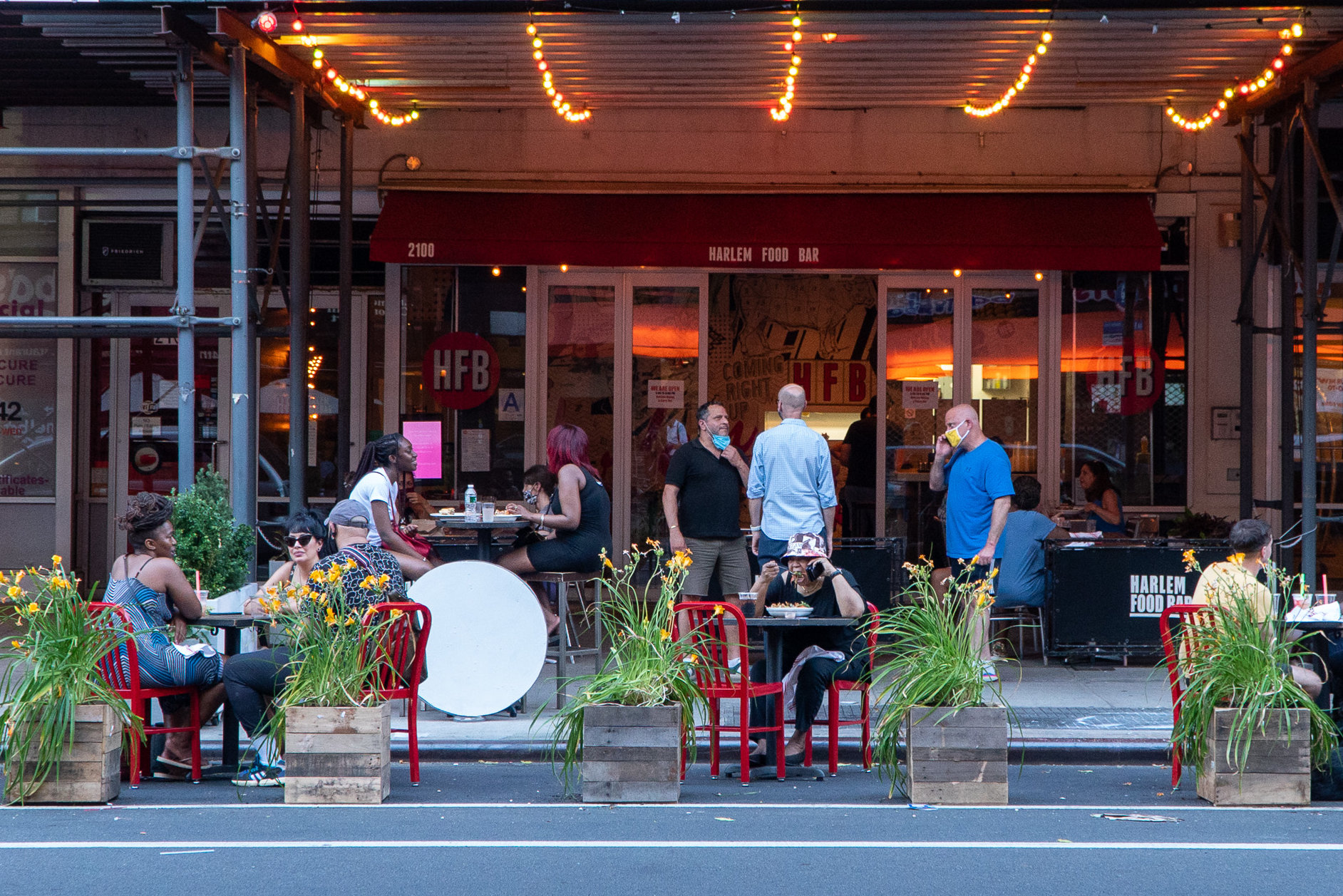 With Malls, Gyms, and Casinos re-opening on a limited scale, with suitable restrictions in place, restaurants in New York have been beseeching the Mayor and Governor to wave a Green flag to resume indoor operations.  In support of the group of restauranteers, a pair of city politicians are planning to sue Gov. Andrew Cuomo and Mayor Bill de Blasio over the Big Apple’s continued ban on indoor dining.

Republican state Assemblywoman Nicole Malliotakis and GOP City Council Minority Leader Steven Matteo have now lent their support to the battered eateries that are facing enormous losses due to indefinite closures. The parties are set to file the lawsuit today, at the Richmond County Supreme Court ahead of an 11 a.m. press conference.

Talking to the New York Post, Malliotakis said, “New York City meets the [coronavirus reopening] metrics like every other municipality in the state, yet restaurants are being prohibited from having any indoor dining, and there’s no justification for this.” The politician will be joining the legal battle in demanding that all restaurants in the five boroughs be allowed to resume indoor dining at least half capacity. “We’ve tried to reason with the mayor and the governor, and we have been left with no choice but to proceed with legal action,” the Republican added as a response to Gov. Cuomo shutting down the city’s bars and restaurants in mid-March as coronavirus infections spiked.

As told to the Post, Mark Fonte and Louis Gelormino, two of the lawyers involved in the suit, said the filing argues that Cuomo and de Blasio are acting in an arbitrary and capricious manner by keeping indoor dining closed. Wanting a judge to intervene, Fonte said, “These businesses are incensed at the mayor’s dismissive attitude toward their plight. If the weather turns cold and outdoor dining is shut down, we anticipate that about 75 percent of them will close for good.”

This being said, the unprecedented closure of restaurants and eateries has led to a colossal loss for numerous restaurant owners and staff, who have been laid off as part of the desperate measures to bear losses.

Meanwhile, Cuomo’s spokesman Richard Azzopardi defended the continued ban on indoor dining to The Post, saying “ The bottom line is that New York City was hit the hardest, and the governor took action to reduce infections in the areas that were driving clusters in other large cities around the country. We understand that some people are unhappy but better unhappy than sick or worse.”