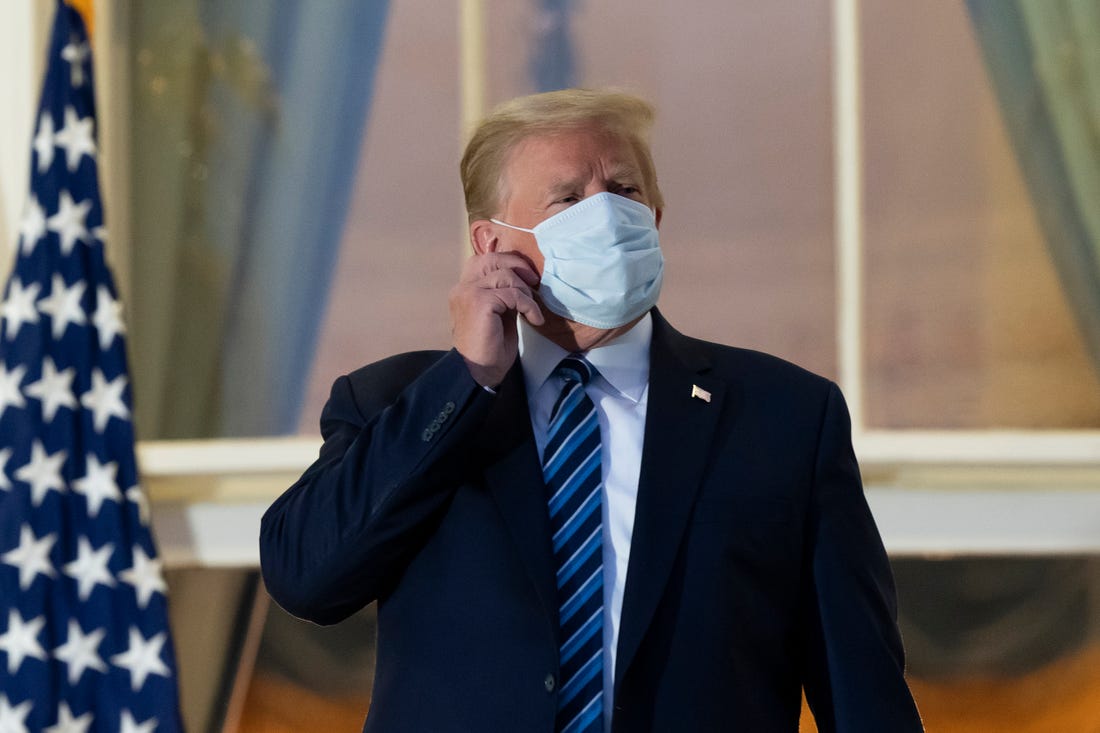 A poll conducted by Axios-Ipsos has shown that one in every five Americans are now saying they’re more likely to wear a mask now that President Donald Trump has tested positive for Covid-19.

Inspired by the President and shaken up with his untimely diagnosis, around 21% of respondents said they are now more likely to wear a face covering and maintain a physical distance of at least six feet from others.

This poll was conducted by Axios-Ipsos between Friday and Monday in the wake of President Trump’s diagnosis and consisted of a survey pool of 405 adults from across the country.

According to another poll held by CNN, two-thirds of Americans said President Trump handled the risk of coronavirus infection to others around him irresponsibly, with reference to the short car appearance he had made to greet and thank the supporters that had gathered to wish him a speedy recovery at Washington DC.

The poll results showed that 69% of Americans said they trusted little of what they heard from the White House about the President’s health, with only 12% saying they trusted almost all of it. Despite the team of doctors at Walter Reed Medical Center constantly addressing the media and updating about the improvements and treatments with regards to his health, several Americans were wary of the actual situation.

Additionally, 63% say his own infection is unlikely to change anything about the way that he handles the pandemic. This being said, President Trump has returned to the White House and has commanded Americans to stay brave in the face of this pandemic, tweeting, “Don’t be afraid of COVID. Don’t let it dominate your life.”