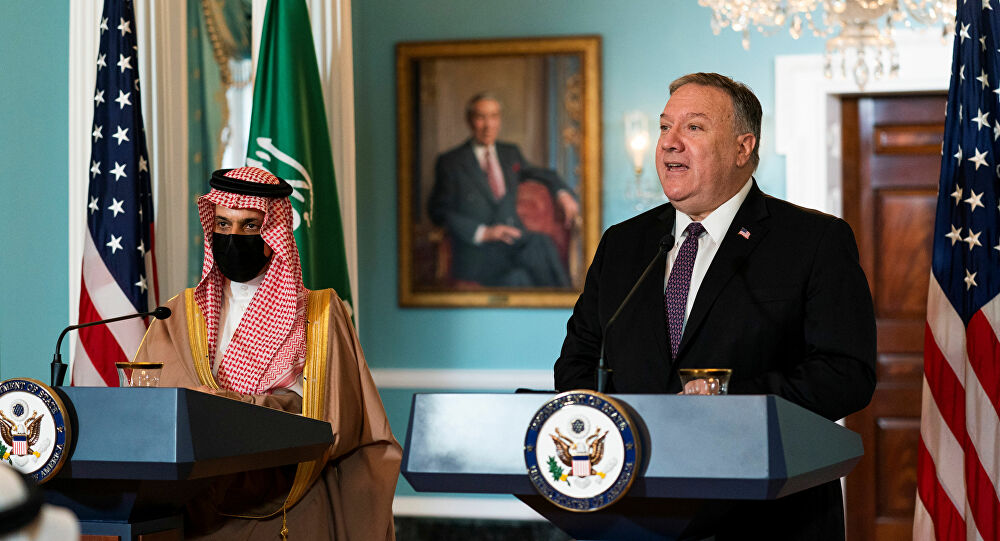 On Wednesday,  US Secretary of State Mike Pompeo encouraged Saudi Arabia to normalize ties with Israel, citing is as a step in the right direction, especially since UAE and Bahrain have already participated in such talks successfully.

Under the precedent of the recently signed Abraham Accords between UAE-Israel-Bahrain, and the likelihood of more Gulf countries joining in, Pompeo urged Saudi Arabia to follow, especially since Bahrain sports quite tight-knit relations with the country. The U.A.E. and Bahrain are the third and fourth Arab countries to open diplomatic relations with Israel; Egypt and Jordan were the first two.

In the meeting with Saudi Foreign Minister Prince Faisal bin Farhan, Pompeo praised the Abraham Accords, saying that it“contributed greatly to our shared goals for regional peace and security.”

A promising nation Israel has posed as a major battleground for President Donald Trump in garnering support for the country, whilst building gis stronghold amongst the Jewish communities. In a statement last month, after the historic normalization of ties between Israel and the two Gulf States, President Trump said also expected Saudi Arabia to recognize Israel “at the right time.”

This being said, a possible deal similar to the September accord, will potentially give Saudi, as we ass Israel, the potential to boost socio-economic ties, right from energy, aviation, defense, cybersecurity, and space science to technology, health care, food security, financial services, and tourism- all of which are vital sectors for the economy of a country. Normalized relations will not only pave the way for new business and investment opportunities for both countries but also boost the foundations of sustainable economic development in the region.

During the meet in Saudi, Pompeo praised Israel, saying, “They reflect a changing dynamic in the region, one in which countries rightly recognize the need for regional cooperation to counter Iranian influence and generate prosperity. We hope Saudi Arabia will consider normalizing its relationships as well. We want to thank them for the assistance they’ve had in the success of the Abraham Accords so far.”

Besides these talks, Pompeo also announced that the United States had acquired a 26-acre site to build a new US embassy in Riyadh.