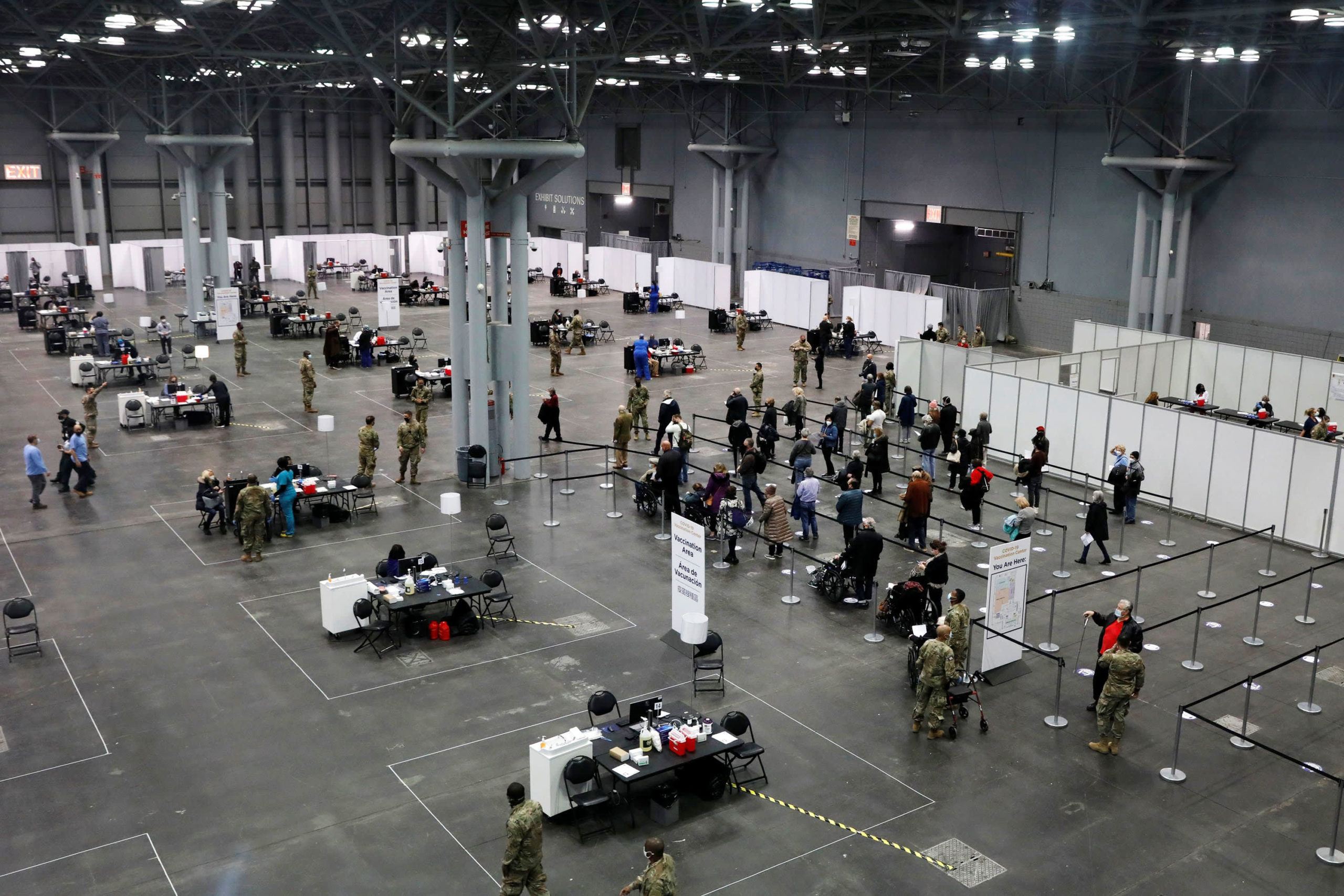 It is no secret that New York has been getting a dismal share of vaccines as compared to the sheer size of the population it has to innoculate. Forced to slash appointments and delay the drive, the Big Apple’s vaccine centers are now running just four days a week.

Although the city’s health department began reopening its 15 distribution sites on Jan. 28, following a roughly week-long closure caused by the shot shortage, 12 of the hubs where appointments had been available seven days a week before the closure, reopened in a limited capacity, the health department said. These 12 hubs are now only operational from Thursdays to Sundays.

Health department spokesman Patrick Gallahue said the decision to reopen the hubs only four days a week was due to low supplies at city-run sites. “We review operations and supply on a regular basis so that we can vaccinate New Yorkers,” Gallahue said in a statement Tuesday.

As of Tuesday, the city had fewer than 42,958 first doses on hand and around 254,000 doses reserved for second shots. To combat this shortage, Mayor Bill de Blasio has time and again, beseeched the feds and the state to allow the city to dole out its reserve of second doses for those in need of a first shot, but to no avail. New York State Health Commissioner Dr. Howard Zucker also shot down the mayor’s request through a letter last week.

However, on Tuesday, Gov. Andrew Cuomo said claimed that the amount of weekly doses from the feds is expected to increase by 5 percent for the next three weeks, and that the state would be launching 11 “pop up” vaccination sites in Queens and Manhattan, as well as in Long Island and the Hudson Valley. New York is currently getting about 300,000 doses a week, Cuomo said, leading to just 10 percent of state residents receiving their first shot of the two-dosage regimen in the eight weeks since the program started.