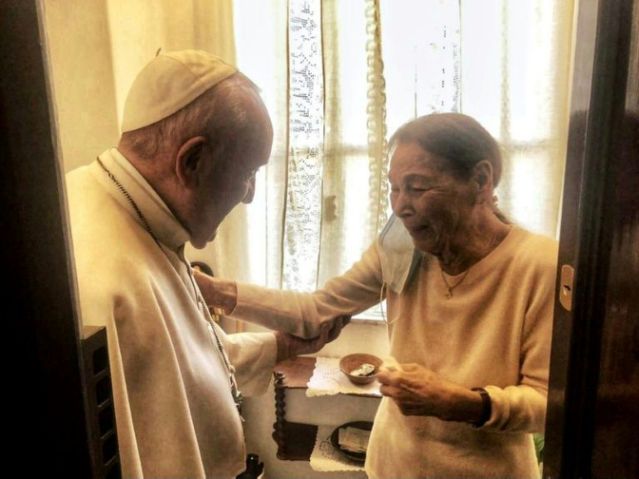 The President of the World Jewish Congress- Ronald S. Lauder praised Pope Francis on Sunday, for meeting with an 89-year-old Hungarian-born Holocaust survivor, over Shabbat. Lauder claimed that the gesture “demonstrated a sincere commitment to … the urgency of continuing to draw attention to the inhuman atrocities of genocides including the Holocaust.”

On Saturday, which is considered Judaism’s day of rest on the seventh day of the week, along with being a holy one. the pope met with Edith Bruck, an 89-year-old Hungarian, who lost her entire family in the Holocaust, survived the camps, became a poet, and eventually settled in Rome. The meeting garnered praise from the Jewish community.

“I have come here to thank you for your testimony and to pay homage to the people martyred by the insanity of Nazi populism,” Francis told Bruck. According to the Vatican, Pope Francis and Bruck also discussed the “moments of light that brightened the hellish experience of the camps and the fears and hopes that define our own era.”

Commenting on the meet, Lauder said, “I am deeply appreciative of Pope Francis’ tremendous compassion in visiting Edith Bruck. … The pope has demonstrated a sincere commitment to both personal kindness for the experiences of others and to the urgency of continuing to draw attention to the inhuman atrocities of genocides including the Holocaust. At a time when neo-Nazism, antisemitism, and other bigotries are resurgent in many parts of the world, Pope Francis’ moral integrity and sense of history set the standard for other faith, political, and community leaders to follow.”

He also spoke of Bruck, saying, “My gratitude goes as well to Mrs. Bruck for her courage in telling the world about her trauma, and in dedicating her life to educating people about the horrible truths of the Holocaust. As survivors age, their testimonies become increasingly priceless, and we owe our understanding of the very worst of humankind to the individuals who have taken it upon themselves to bear witness to all they have endured.”

He concluded his statement, saying, “Through such comprehension, we pray that such evil shall never happen again.”