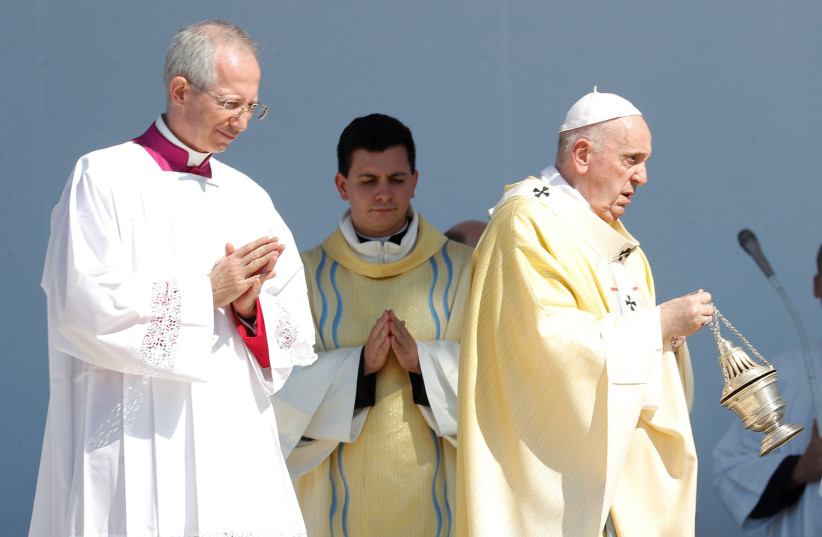 The head of the Catholic church on Sunday called on the world to help stop the rise of antisemitism.

In a brief visit to Hungary, Pope Francis said antisemitism is a fuse that must not be allowed to burn.

“I think of the threat of antisemitism still lurking in Europe and elsewhere,” the pope said.

“This is a fuse that must not be allowed to burn. And the best way to defuse it is to work together, positively, and to promote fraternity,” the pope added.

Sources said more than half a million Hungarian Jews were killed in the Holocaust, which destroyed a once-vibrant culture across the country.

Based on the data gathered by the World Jewish Congress there are about 75,000 to 100,000 Jews in Hungary now, the largest number in central Europe, with most of them in Budapest.

In his speech, the pope called on church leaders to commit to what he called education in fraternity to stand up against outbursts of hatred.

“Whenever we were tempted to absorb the other, we were tearing down instead of building up. Or when we tried to ghettoize others instead of including them,” the pope said.